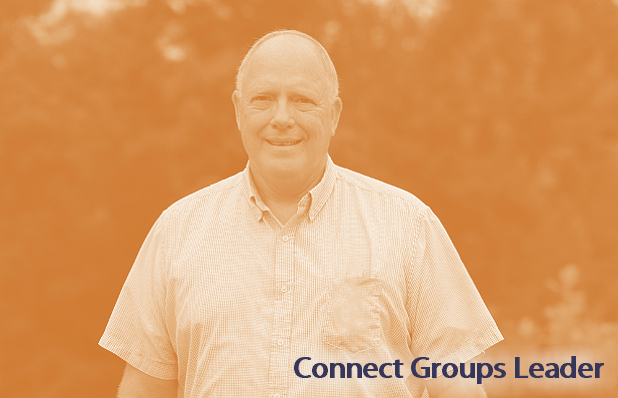 After more than 30 years, Rick Reynolds walked away from the church he pastored to reach even more gypsy communities in Romania for Christ as a full-time missionary.

While he and his wife, Peggy, raise support for their eventual move to Romania, he has a new ministry here in Kernersville, N.C., at Triad Baptist Church.

The others are: Adam Wingate, head of the new Triad Baptist Church Leadership Institute (the new name for the church’s partnership with Piedmont International University in its E-412 master of arts degree program, and Triad’s Saturday Bible Institute); and Jason Shuler, the church’s new part-time recreation director and leader (along with Decker and church member and retired chaplain and former pastor Allen Ferry) of a Sunday evening service returning Sept. 10. Wingate and Shuler began work Aug. 1. All three report to Decker.

Look for profiles of Wingate and Shuler in the next two issues of Connections as the second and third installments of this new three-part series.

In addition to his years serving as pastor, Reynolds leads a Connect Group for parents of teenagers at Triad, leads the SNAC (Sunday Night Adult Class) seconds steps class in the masters series on discipleship and substitute teaches for Jason Johnson in the Doulos Sunday School Class.

Decker said that Reynolds’s experience made him a good choice for the Connect Groups position and leader of a ministry Triad relaunched based on principles from Larry Osborne’s book “Sticky Church” — designed to help churches better keep their members and plug them into roles acting on their faith so they can serve and grow spiritually.

“Rick understands Connect Groups and the ‘Sticky Church’ philosophy of small-group ministry,” Decker said. “We’ve taken that and added the importance of encouraging some kind of evangelistic outreach in each group because, while our small groups are for members, we think it’s important to challenge people to share their faith outside the church and for there to be an evangelistic component as well to small-group ministry.”

“It’s exciting to be asked to lead the connect groups here at TBC,” Reynolds said. “I believe Connect Groups are the basic foundation for accomplishing the call of God on our life, both individually and corporately [Matt. 28:18-20]. Our call is to make disciples, and small groups are the perfect place for this to happen.”

Reynolds said he’s fortunate to be able to follow Hoots who revived the ministry after taking over in 2015 — attracting 300 members in the revived ministry’s first year alone. The church currently has 24 groups and is adding three more in the next session, including those for parents of preschoolers and for singles.

“A key component of TBC small-group ministry is the coordinated effort to discuss and make application of Pastor Rob’s weekly messages for developing a greater connection between God’s word and daily living,” Reynolds said. “Through this format, every group is moving towards a greater understanding of the strength of the word in everyday living.

“My wife, Patty, and I are leading a small group [parents of teens] with Neil and Kim Maready which has been a blessing,” Reynolds said. “To watch our group meld into a cohesive, loving, and vibrant group has truly been exciting. As we’ve moved from initially meeting with all the surface-level platitudes and niceties to truly becoming a family of families. This group has become so vital in each other’s lives that we have continued to meet every other week throughout the summer months.

“To say that this group has connected would be an understatement,” he said. “The bond is truly amazing.”

Reynolds said Connect Groups provide numerous opportunities for their members to put into practice the “five basic truths” God has for each follower individually, and the church corporately:

“The Lord said He would build His Church,” Reynolds said. “I am convinced this simple yet profound plan is the process He has chosen to do just that.”

Heightened focus on evangelism and service

One area he hopes to further build on is using Connect Groups as a key leadership source for other Triad outreach ministries.

“One of my objectives for small groups this year is to see cooperation and coordination within the groups for service projects and even mission projects,” Reynolds said. “I’ve been contacted by Kevin Peele about presenting the challenge of small-group participation in Upward Sports, one of our stronger outreach programs but unfortunately where there is a shortfall of TBC leaders.

“I am praying our small groups can make a difference,” Reynolds said. “As a disciple maker, it is always your goal to train others to take on your heart for serving to others. So my vision is to have others trained to step in and lead as opportunity and need arises.”

Reynolds accepted Jesus Christ in July 1974 — the same year he became engaged to Patty who he’d known since the fifth grade. They’ve been husband and wife since July 10, 1976.

“At the age of 26, God called us into full-time ministry so with two young children we headed off to train to serve God,” he recalled. “As a student, I served at a small church in Rome, New York, while working a full-time job and carrying 18 to 20 credit hours a semester. Looking back, I see God’s faithful hand through it all. I served over 30 years in pastoral ministry as a lead pastor, with 14 of those heavily involved in missions work in Romania.

“The work in Romania had developed to a point where I could no longer meet its demands on a short-term basis. So on Aug. 21, 2016 I preached my last message as pastor of Calvary Bible Church in Cortland, Ohio, and began the ardent task of raising support as a full-time missionary.”

The Reynolds have five grown children and 10 grandchildren. They followed daughters Annmarie Moodie and Bekah Billock in membership at Triad last fall after relocating to the area.

“I love serving my God and believe the greatest ability He is looking for in His children is availability,” Reynolds said. “I’m looking forward as to see how He will help to balance everything for His glory in the days ahead as I serve the family of TBC through Connect Groups.”