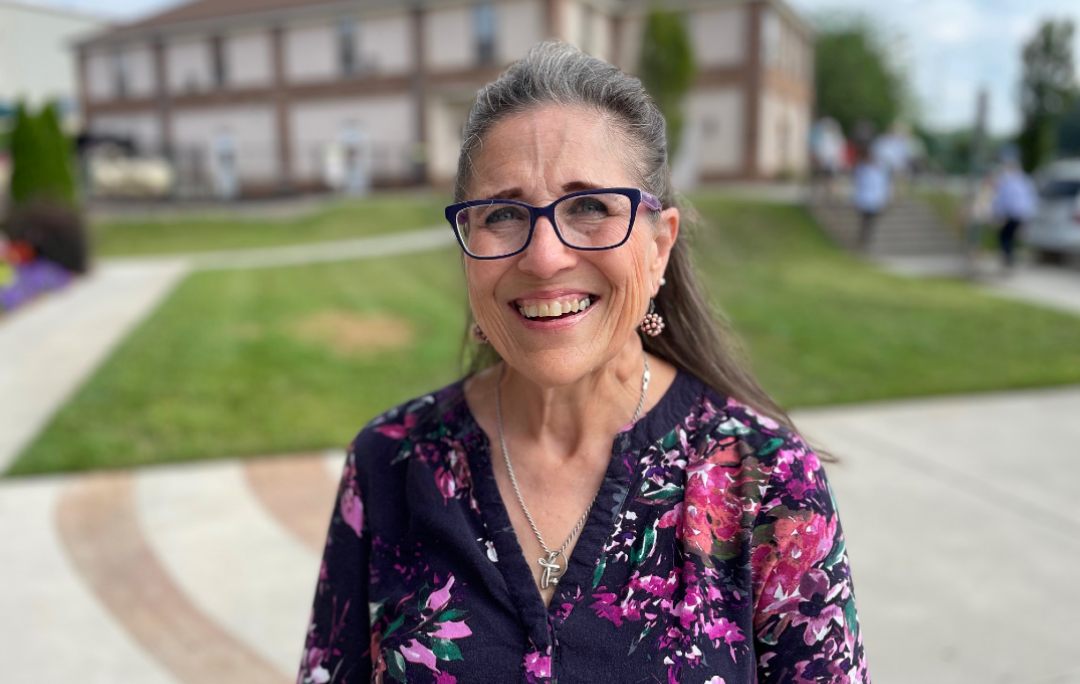 When she was a student in Canada, Gail Peterson’s friends couldn’t understand why she’d take old sweaters apart to knit the tangled mass of thread into hats and scarves instead.

“They couldn’t see what those threads would become,” Peterson said. “They just saw sweaters I’d bring home and thought I should wear.”

After she accepted Jesus Christ as Savior in 1994, Peterson realized God had done the same thing with the threads of her own life. 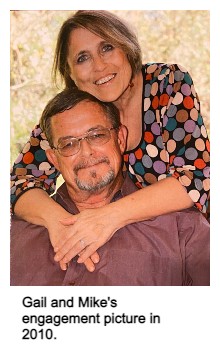 An abusive father. A lost home. A lost business. A lost spouse. And, in December 2020, becoming a widow again and losing her husband Mike — the first Triad Baptist Church member to die of COVID-19.

Through all that, Peterson said God has unraveled to refashion her life, build her faith, and keep her moving forward together with Him.

“Even in the midst of all these things, God was present, providing for me and teaching me,” she said. “I see how God has used these experiences to build my faith and bring me through each difficult season where I had to rely on the previous unraveling to trust how He would build my faith in the next.”

The Petersons and Gail’s mother first moved to Kernersville from Raleigh in 2017 — buying a home about a mile from Triad. The move put them much closer to Gail’s daughters and grandchildren in Wallburg and Lexington.

Married 10 years earlier, Gail and Mike had lost their first spouses to cancer — ironically diagnosed in the same month and dying about a week apart. At the time they lived three hours apart and didn’t know one another. They met two years later.

Because of that experience, they’d both gone through GriefShare ministry, and started a nonprofit in Raleigh called The Widow’s Peek which eventually grew into an international ministry also helping widows overcome abuse and grief in Africa and Pakistan. 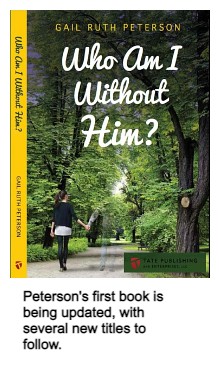 As she served, Peterson drew on her own history of being rejected by her birth father who didn’t want another child.

“When I got saved at age 38, God told me in my heart that ‘I am going to be that awesome dad you longed for. Just love me. You will always be my child,’ ” Peterson said. “I knew that’s what He was saying to me.”

Later, after experiencing God in a whole new way after her first husband died, she wrote her first book, “Who Am I Without Him?” based on Isaiah 54:5.

The many trials she’s experienced have so steeled Peterson that, when asked by a women’s Bible study what Biblical character she’d most want to be like, she answered “Job.”

“They said, ‘ Job?’ ” Peterson recalled at their shock of her choice. “The reason is not all the things that happened to Job but that if I did experience those kinds of hardships, I’d want his same heart for God.”

Because of her testimony and experience with GriefShare, Lead Pastor Rob Decker asked Peterson to consider directing Triad’s GriefShare chapter. 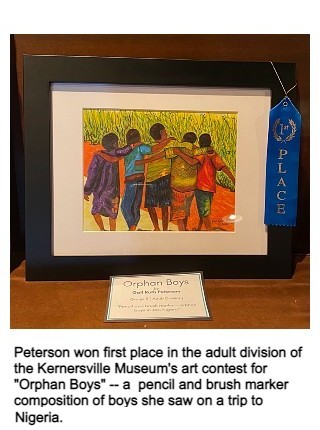 After leading three sessions, Peterson said she realized God was opening another door in her life — using her writing and art skills and experience as a health coach to help people find relief, healing and Biblical encouragement through art.

She’s beginning a course that will eventually certify her in therapeutic art techniques.

Meanwhile, Peterson continues to paint and write, such as the encouraging messages she posts daily on Facebook to a growing audience. Along with an update to her Tate Publishing book, “Who Am I Without Him?,” Peterson plans to release several new books in the months ahead plus launch an online art workshop.

“I feel like it’s time,” Peterson said of her latest pursuits and direction. “I still feel like I have unfinished things God wants me to do. What He’s already done in my life gives me the confidence to move forward.”