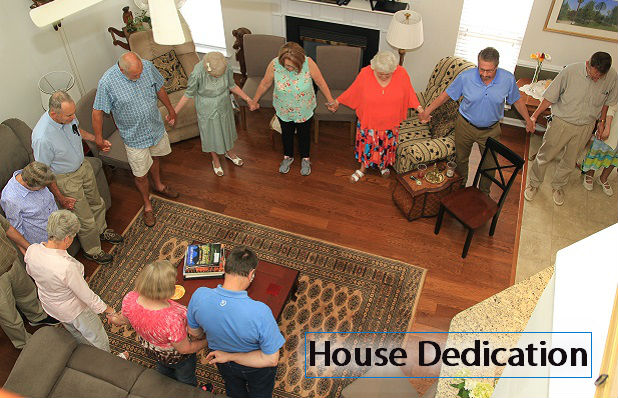 As the daughter of a pastor, Peggy Theobald remembers her mom cooking extra for the missionaries and other guests her dad would regularly bring into their home.

So when Peggy and her husband, Steve, heard about the Triad Baptist Missions Ministry House run by retired missionaries Duane and Linda Cross, they were thrilled and had to be at the open house June 10 just north of Kernersville.

“We’ve been in churches before where we wished there was something like this for missionaries,” Steve Theobald said. “We think it’s a great thing that Duane and Linda are able to do this and provide this kind of hospitality.

“We support our missionaries financially but when they come home they need a place to stay, too. The TBC Missions Ministry House is a great addition to the church and its ministries.”

Just as they did with their own home overseas during their missionary service, the Crosses hope to use their house in Kernersville to share Christ’s love and encouragement through open doors, open hearts, tasty cooking, comfortable beds, and dinner table conversation.

In his prayer of dedication, Lead Pastor Rob Decker thanked God for the gift of the home and for setting the Crosses apart for such service in their golden years.

Decker asked God to bless every room and to “dedicate this house and every aspect for your glory and honor.”

More than 35 Triad Baptist members attended the open house, enjoying a time of singing hymns led by Duane, a tour led by Linda, and refreshments by Jim and Ruth Dumont.

While the Triad Baptist Missions Ministry House was officially dedicated June 10, it actually opened in September.

Since then, the Crosses have hosted a Chilean family who came to learn about Triad’s Awana program so they could offer one in their church.

The house has also been a temporary home to the Chilean pastor and family from the church they retired from, and a student from another country. This fall, another student will be coming to attend high school in Kernersville.

“Whether it’s a few nights or a week or longer, whenever missionaries come the house is ready, the curtains are hung, the dishes are in place, the painting is done, and we’re ready to serve them,” said Duane, who served as a missionary from 1989 until 2015 in service that took him to Colombia and then Chile.

In an earlier Connections article, he said, “God always pays back what you invest in other people’s lives for Him. When you sit at the table and eat with people, you know their hearts, minds and they open up about their needs — spiritually, physically, and emotionally — and have a contact person.rdquo;

The five-bedroom house, which was a gift from a child the couple had served through a children’s home ministry they’d run years earlier in Pennsylvania, is part of a strong Triad Baptist tradition of missions support.

Missions is the third-largest line item in the church’s budget, and Triad supports 54 missionaries in 26 countries.