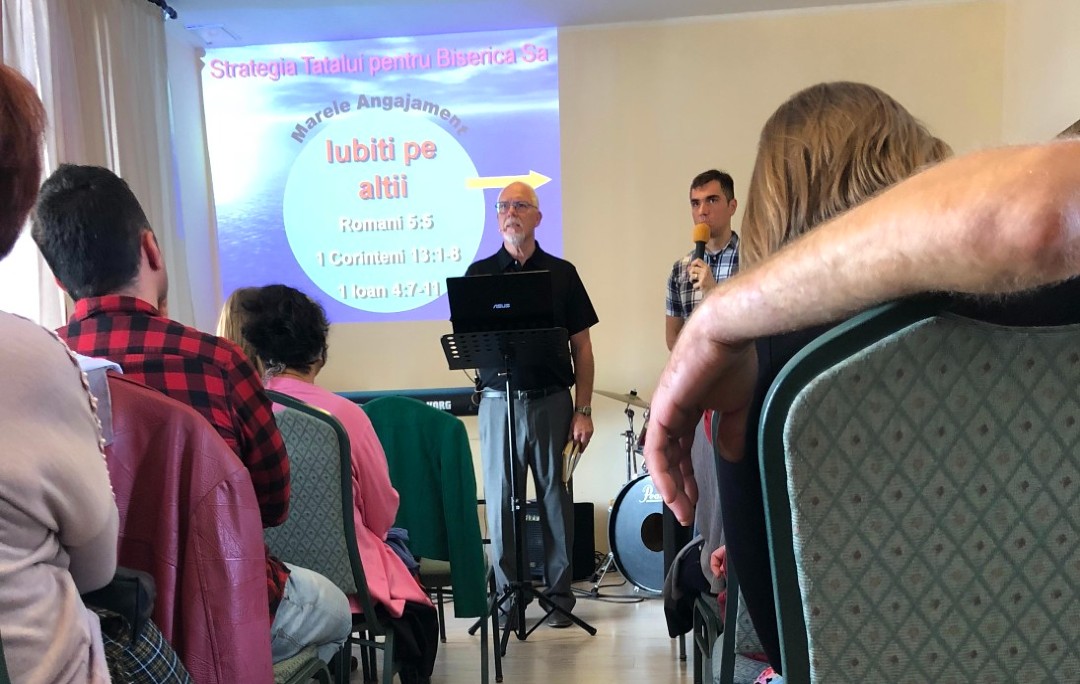 Seventeen years after his first trip to the country, Triad Baptist Church member and veteran pastor Rick Reynolds is back in Romania making disciples for Jesus Christ.

Reynolds and his wife, Patty, arrived in the country Aug. 24 serving with MissionGO, a Christian ministry that makes Jesus Christ known around the world through evangelism, education, church planting, community development, and medical relief and care.

“Returning to Romania is exciting,” Reynolds said. “I first went there in 2004 when I was pastor of a church in Ohio and one of our missionaries invited me. The Lord began tugging at my heart at that time, and I have continued serving in Romania between two to three months each year.

“In 2017, I felt God’s call to serve full time there,” he said. “My main emphasis is making disciples who then become disciple makers.” 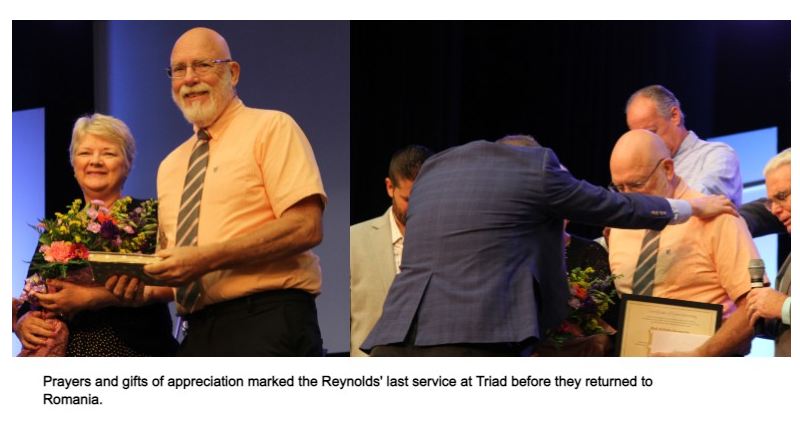 Publicly sent out in ministry by Lead Pastor Rob Decker during Triad’s Aug. 15 worship services, Reynolds and his wife, Patty, are the fifth members to leave Triad for missionary service.

Back in Romania, Reynolds is re-establishing personal networks, creating teaching schedules for a series on disciple making from the book of John, and securing a long-term resident visa.

The visa is a particularly important because the Reynolds plan to live in Romania at least 10 months annually for the next several years.

Reynolds dreams of building a training center and youth camp in the foothills of the Carpathian Mountains that would make it easier to train leaders in the village churches. The goal is to evangelize, disciple, and spiritually equip the Gypsy people.

Along with preaching and teaching, his practical approach to discipleship includes distributing food, encouraging and supporting local school teachers, and other activities. 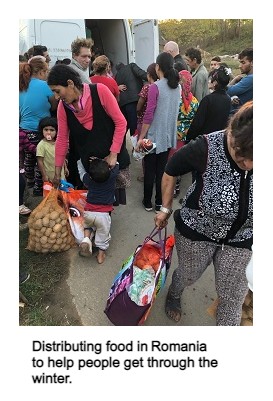 “My training accomplishes several things,” he said. “It trains and develops pastors and church leaders. It recognizes those who can become disciple makers. And that naturally leads to evangelism as the men trained take and share the gospel they have learned to the new villages where they plant churches.”

Reynolds accepted Jesus Christ in July 1974 — the same year he became engaged to Patty who he’d known since the fifth grade. They’ve been husband and wife since July 10, 1976.

“At the age of 26, God called us into full-time ministry so with two young children we headed off to train to serve God,” he recalled. “As a student, I served at a small church in Rome, New York, while working a full-time job and carrying 18 to 20 credit hours a semester.”

The Reynolds are among 72 missionaries that Triad supports in 36 different countries through a yearly missions outreach budget of $300,000.

A graduate of what is today called Clarks Summit University, Reynolds served more than 30 years in pastoral ministry as a lead pastor. Eighteen of those years involved some kind of Romanian missions work.

“The work in Romania had developed to a point where I could no longer meet its demands on a short-term basis,” he said. “So on Aug. 21, 2016 I preached my last message as pastor of Calvary Bible Church in Cortland, Ohio, and began the ardent task of raising support as a full-time missionary.”

As their home church, Triad will support the Reynolds with $600 a month. They also received a one-time gift of $7,000 for transportation. 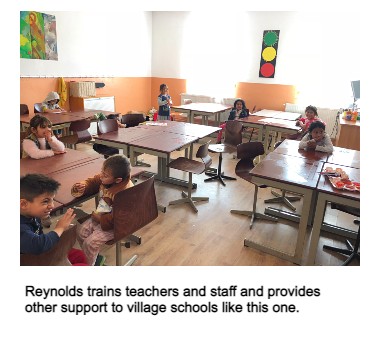 “Without the support of individuals and churches like Triad, it would be nearly impossible to accomplish the work on any mission field,” Reynolds said. “When churches and individuals support missions, they become partners in the ministry with those whom they support.

“I believe their reward for their partnership will be realized in Heaven. Patty and I are extremely thankful for the monthly support, and also are thrilled with the gift which we used to purchase a 2014 Opel Insignia.”

The Reynolds, who have five grown children and 12 grandchildren with another on the way, followed their children to North Carolina and Triad in 2017 as they began to raise support to return to Romania full time.

Since then, Reynolds has had leadership roles in several Triad Baptist ministries, including leading a Connect Group with Neil and Kim Maready, heading up the Connect Group ministry before Jason Shuler, teaching a Sunday Night Adult Class master’s session on discipleship, and substituting as a teacher in the Engage Sunday School ministry.

Just as he did with his ministries in the United States, Reynolds plans to base his work in Romania on the same “five basic truths” that God has for each follower of Christ individually, and the church corporately:

Prayer is critical to the success of all, Reynolds said.

“The best way you can support us is through prayer,” he said. “Prayer is the mainstay of any ministry so praying is important. You can also come to see us and serve on short-term mission trips.

“While we’ll certainly miss our time at Triad, we’re excited about serving as full-time missionaries to the previous Gypsy people we’ve already come to know, serve and love.”

Go deeper: To learn more about Romania, watch the documentary “Untamed Romania” on Netflix and read the article, “The Real History of the Romani People and the Misnomer of Gypsies,” at the Ancient Origins website.