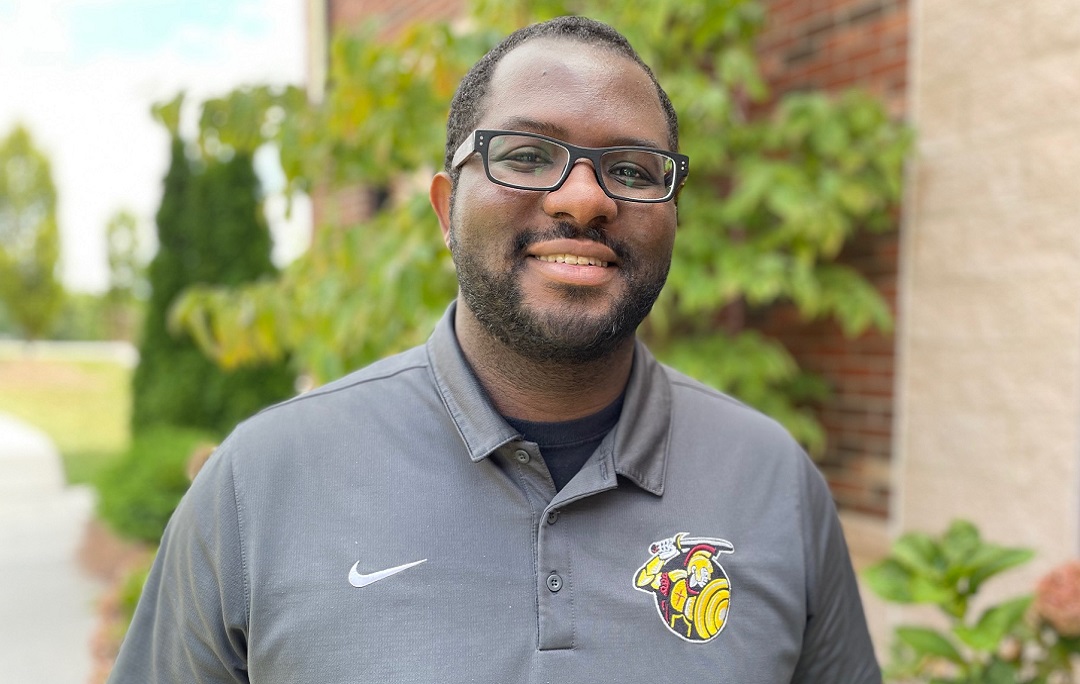 Taunted for his love of books as a child in Warrenton, North Carolina, Soloman Patrick Jr. kept pinning his future on knowledge because of a teacher’s example.

Since his mother had to leave early for work each day, third grade teacher Irene Robinson and her son, James, offered Patrick a ride to school and breakfast.

Today, Patrick is the fourth headmaster of Triad Baptist Christian Academy in Kernersville, N.C., where a framed quote on his office wall reads, “The influence of a good teacher can never be erased.” 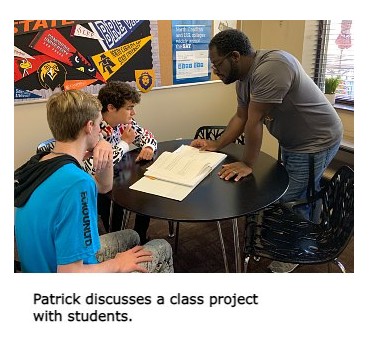 “Mrs. Robinson saw something in me and was a great influence on my life as a teacher,” he said, remembering his many car-ride conversations before breaking into a smile. “She also burnt a lot of biscuits making us breakfast.”

Named the Academy’s headmaster in May 2021, Patrick leads a school with more than 381 students and a faculty and staff of 50.

He originally joined the faculty in 2014 as a fourth-grade teacher but was encouraged by a former headmaster to get additional training in school law, strategy, budgeting and other skills because of his leadership potential.

Enrollment is again at record levels for the school whose students have been offered admission to Harvard and other major colleges.

“I want students to know how valuable they are to God and each other and the TBCA family and to discover their distinct identities,” Patrick said.

“As the administration and teachers, we want this to be a place where we’re interested in students’ individual growth and in the way they show love to others. Our responsibility is to teach so it’s important we stay in our lane. We are going to walk beside the parents of our students and help them to educate their children but parenting is their role, not ours.”

At the time, he’d been teaching at a charter school in Raleigh for three years. 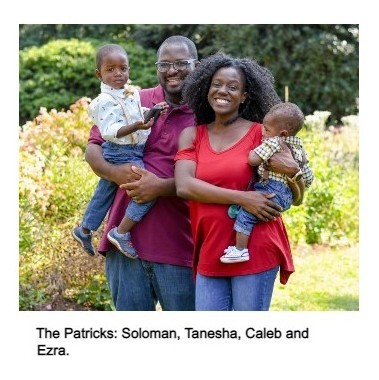 Patrick and another teacher had 52 students in their classroom, including dozens with behavioral issues, and the school’s administrators had added getting the school accredited to his workload too.

“My wife and I were dating at the time and I remember praying, ‘God, I want to be doing something I enjoy doing and at least be appreciated for being there,’ ” Patrick said.

“After learning about Triad Baptist Christian Academy, I reached out to its then-Elementary Principal T.W. Webb. I joined the faculty in August 2014 and have been here ever since,” he said. “It’s a special place.”

Before the stint in Raleigh, Patrick had taught at Christian schools in Creedmoor and Morganton.

Patrick, who holds bachelor of arts degrees in religion, master’s degrees in divinity and leadership, and a doctorate in ministry, also has served a number of Baptist churches for more than two decades as an associate pastor.

He earned most of his degrees from Luther Rice College and Seminary in Lathonia, Ga., where he earned his doctor of ministry degree. He also earned a doctorate in theology at Andersonville Theological Seminary in Camilla, Ga., where is on staff as a professor of pastoral ministries.

“At heart, I’m a preacher, and believe I have had a full-time opportunity and calling to lead in ministry as a teacher at the Academy and now as headmaster,” he said.

Along with helping create the best environment for education, Patrick wants to provide at least nine hours of professional development for teachers as they further raise the level of instruction.

Creating a “follower first” culture at TBCA is another priority. Based on the book of the same title by Rusty Ricketson at Luther Rice, the philosophy re-examines what it means to lead and to follow.

“The implementation of the ‘follower first’ principle seeks to help the staff understand that we are all followers of Christ, but with different responsibilities,” Patrick said. “For instance, God has provided the opportunity for me to lead as headmaster, but I too am a follower following Jesus Christ.

“The staff and faculty have a specific function to follow me as I follow Jesus while at the same time following Jesus themselves individually. It is my responsibility to lead by example and to help each of them to grow to fulfill their God-given function in the school.” 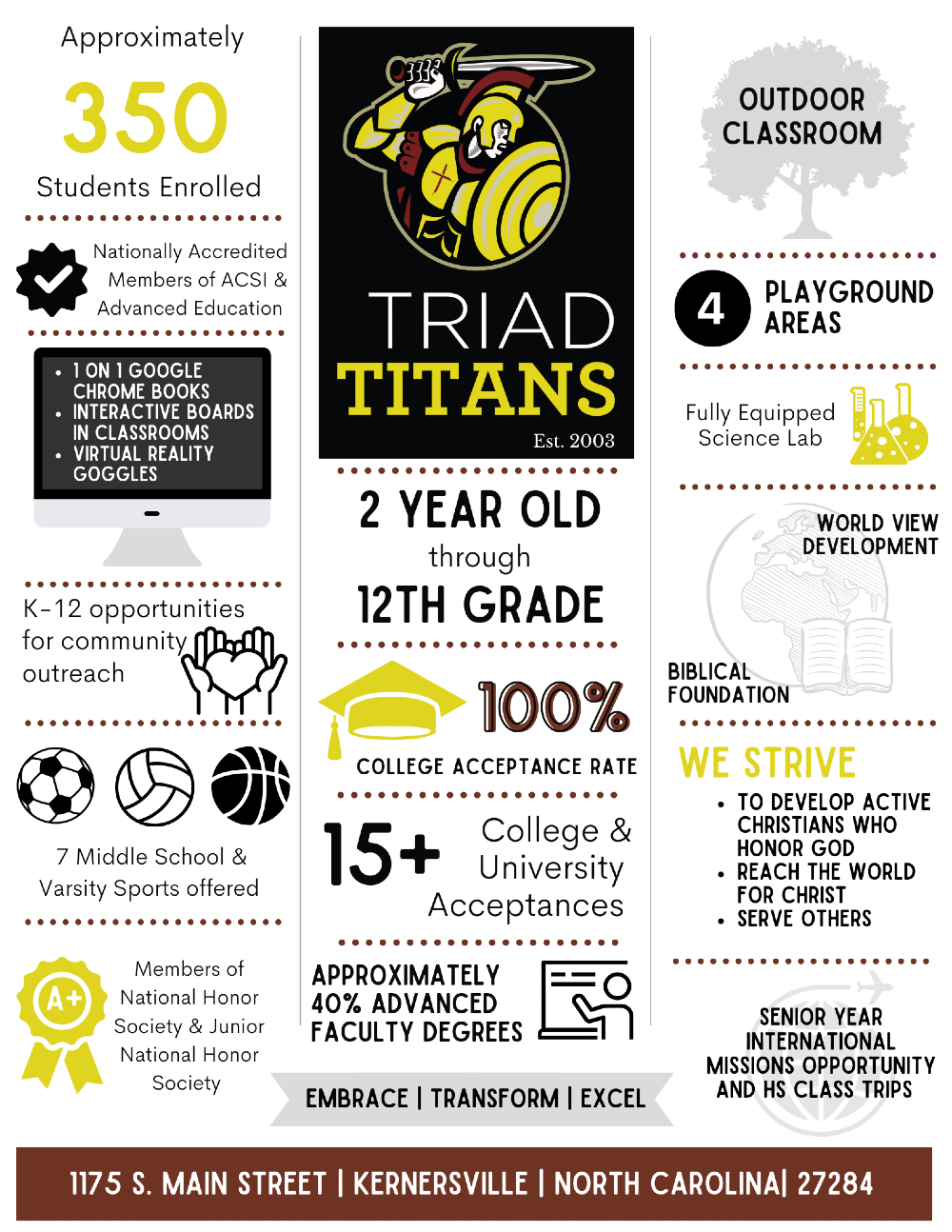