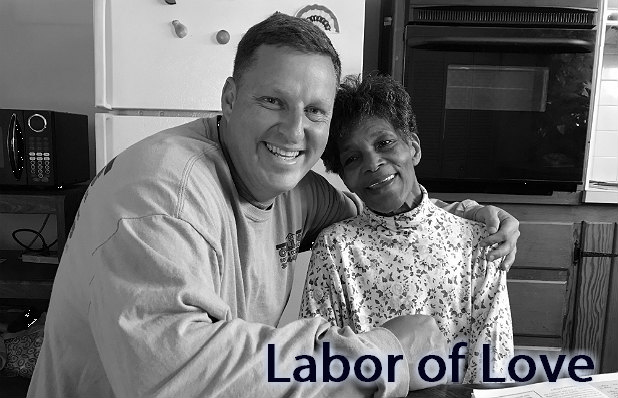 Jane Franklin has a lot of reasons to be thankful this Christmas — about 125 of them.

Those are the people, both at Triad Baptist Church in Kernersville, and in Winston-Salem and beyond, whose compassion and contributions finally made Franklin’s home dry.

Their $4,200 not only fixed the roof leaking into three rooms, but paid off the balance Franklin owed on the scooter she uses to get around.

First diagnosed in 1999, her multiple sclerosis has progressed the point where even moving from one chair to another at her kitchen table is no simple task.

“It’s a blessing, and to come from so many people I don’t even know, I really don’t know what to say,” Franklin said. “God is so good. He is so good.”

For more than a year, Franklin had been trying to figure out a way to get the roof repaired with her limited income — mainly Social Security after her illness forced her to quit her part-time job working the register at the Target on University Parkway.

Before that, she’d worked for the company for 17 years — with all but two of those years at a store in Huntersville. And that was Franklin’s second career. Now 65, she began working at age 16 as a nursing home assistant and would probably still be doing it today had MS not entered the picture.

Quick with a joke and a smile, Franklin tries to manage the money she does have, and has accepted that her condition and circumstances sometimes means relying on the help of others. For the roof, she first contacted Habitat for Humanity of Forsyth County, but learned the nonprofit didn’t do those kinds of repairs.

A friend gave her the name of a contractor she’d heard about so Franklin looked them up and gave them a call. They’d do the job for $6,900 and financing through a company that charged 24.99 percent interest.

About that time, the Shepherd’s Center of Greater Winston-Salem sent Triad’s Nehemiah’s Few handyman ministry to stop by her house and shore up her handicapped ramp.

While the team led by Harold Simcox installed a metal plate at the end and made other improvements to make the ramp stronger and safer and easier to use, she told Simcox about the leaky roof and hole putting water in her bedroom, living room, and laundry room.

Simcox, in turn, called Triad Baptist member Jason Collins who owns a roofing company. When Collins stopped by Franklin’s house for a look and heard about the quote she’d received, it angered him that someone would try to take advantage of her.

Still building a small business after life’s hard knocks had shut one career door, Collins wanted to help so Franklin didn’t have to pay a dime but wasn’t sure how.

“I didn’t have the money myself for the roof either, so I prayed about the situation and decided to post a simple call to help Franklin on his Facebook page,” he recalled.

That led someone to create a GoFundMe page, and in less than a week, Franklin’s roof was paid for and then some.

“I didn’t know anything about Jane until Harold called,” Collins said. “That’s how God often works and connects people. Driving away from her home the first time I met her, I just remember saying to myself, ‘I want to try to help this sweet lady who has been through so much.’

“I told her I would do the roof for $3,600 to help her out which covered the cost of materials and what I pay my labor. I can’t thank the people enough who pitched in to make it happen.”

The GoFundMe page raised $3,715, and the rest came in small contributions to Collins directly. He presented all of it in a check to Franklin in late September and in time for Collins’ crew to replace the roof on Oct. 3.

Visiting her house recently to check up on his new friend, Collins told Franklin, “The Lord laid it on my heart to take care of you. I’m glad you have that issue behind you now.”

“It definitely was a special and unexpected blessing,” Franklin said of her new roof. “Not many people are like that anymore.”