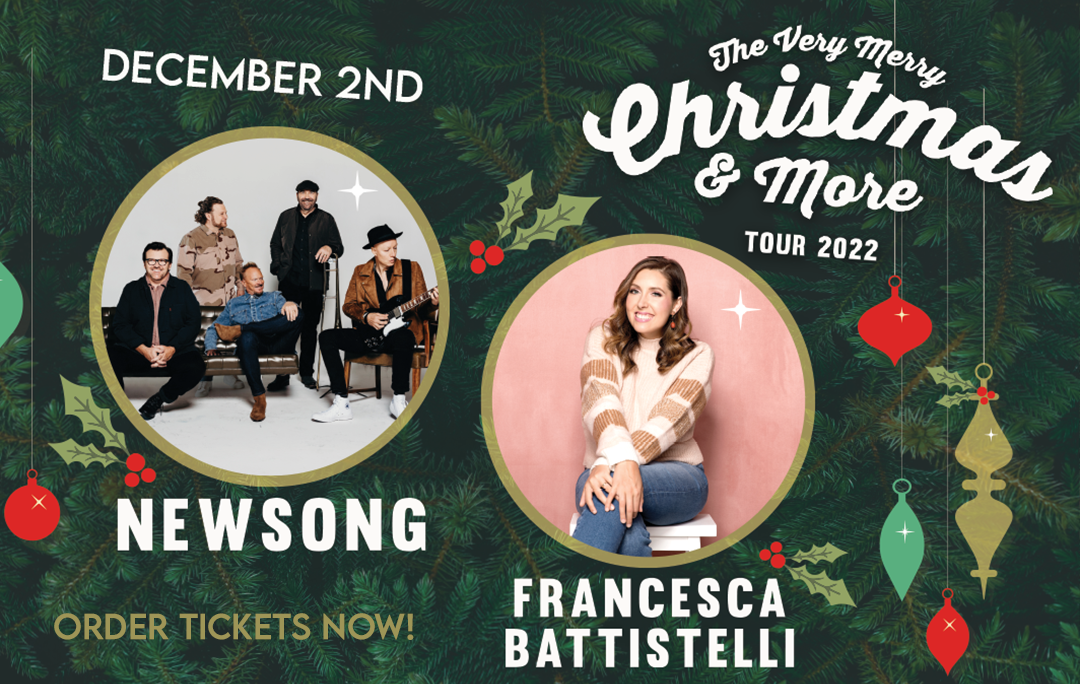 NewSong has been bringing worship to the world for more than three decades with hits like “When God Made You,” “I Am a Christian,” and “Arise My Love.” Be prepared to be overcome with the Christmas spirit during this fun-family show featuring songs from their many Christmas projects including their number 1 hit, “Christmas Shoes.”

Francesca Battistelli released the album, “This is Christmas” in 2020 and plans to share music from both her Christmas and worship projects.

Tickets are on sale now only at iTickets.com. We will have a limited number of VIP packages which include a Q & A and Meet and Greet.

MORE ABOUT THE ARTISTS

NewSong, founded in 1981, at Morningside Baptist Church in Valdosta, GA has been worshipping God with their music for three decades now! They have had twelve GMA Dove Award nominations, and one Grammy Nomination.

Francesca Battistelli is an American Christian singer and songwriter.  Her first single, "I'm Letting Go", was released to radio stations on July 15, 2008, and charted on national Christian charts. The song was the 16th most played song of 2008 on Christian radio stations according to R&R magazine.Battistelli received her first Grammy Award nomination in 2009, for Best Gospel Performance with her single, "Free to Be Me." She later received her first Grammy Award in 2016 for Best Contemporary Christian Music Performance/Song with her single "Holy Spirit" written by the worship band Jesus Culture from her album If We're Honest.