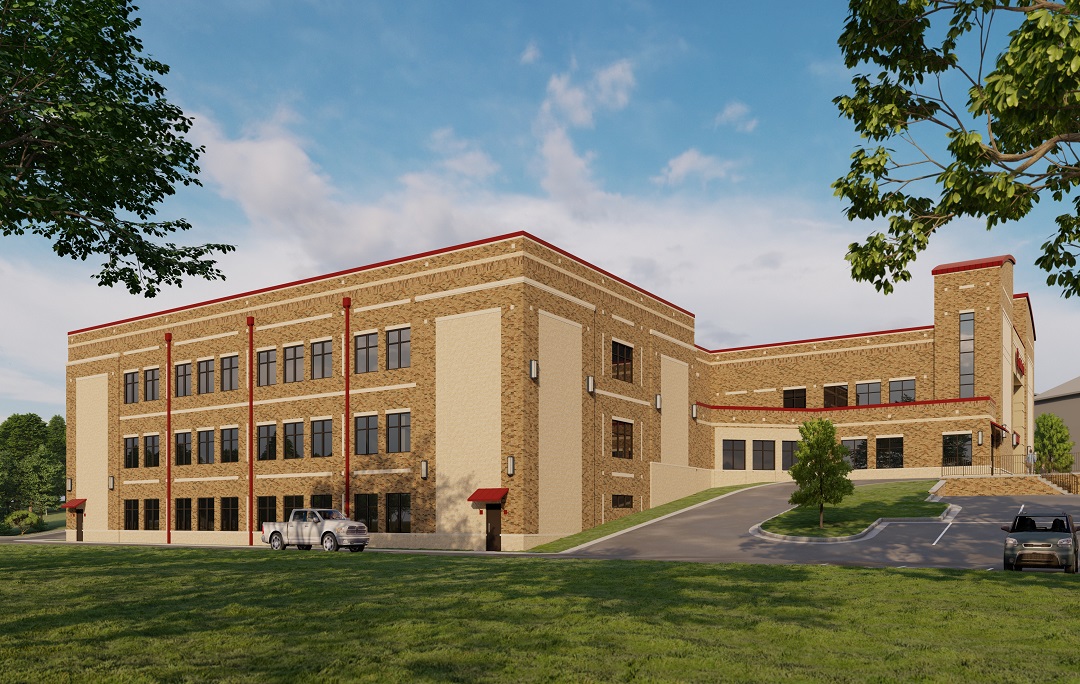 Members have overwhelmingly approved a $7.1 million addition that will add three new floors of classroom and other multipurpose space next to the Worship Center/Gym that opened in 2014.

Youth Pastor Kyle Cox is excited about the opportunities represented by the educational wing’s 32,000 new square feet and 21 new rooms. With 115 middle- and high-school students, Cox’s ministry is among those looking forward to using the new building.

It’s grown more than 40 percent over the last two years and, according to census data, serves a Kernersville community with more than 4,700 youths ages 12 to 18.

“As a church, we know with certainty that the future is in Christ's hands; therefore, we look ahead with great hope,” Cox said. “We have great hope that in the coming years our church will be a place that opens its arms and doors to even more young people in the Triad area.

“By expanding our ministry space, we communicate to parents in our community that their sons and daughters matter to God, and they matter to us as a church.”

Along with freeing up weekday space on the Triad campus for quilting, women’s and other ministries, the new building adds a new and more convenient nursery for mothers next to the church’s current worship center. 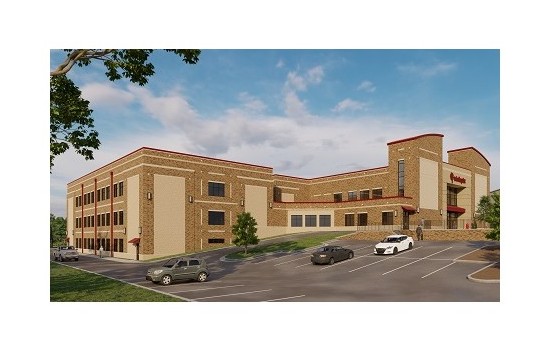 “The nursery for children 2 and under will relocate from another building and will be right next to the worship center,” said Tim Gerber, executive pastor for children and ministries.

“We think having their babies right at their fingertips will be a great benefit especially for new moms,” Gerber said. “As soon as we cut the tape and open the new building, we’ll have an immediate increase in the church-available space for all our ministries which will give us more flexibility overall and benefit everyone.”

“We’re calling this project and campaign our ‘NextGen Vision’ because this is an investment in the next generation of infants, crawlers, children and students to become followers of Jesus Christ,” said Lead Pastor Robert Decker. “These facilities are where we’ll equip even more people to make a difference in Kernersville and beyond.

“The best response we as the church can make to the mounting problems we see all around us in the world today is to change hearts and lives through the power of Jesus Christ.”

Decker said that the church still plans to also build a freestanding sanctuary with its own classroom space. It had been the next building planned, he said, but was delayed by immediate needs and the pace of road construction.

“Our goal at this time is to do only the educational wing, and leave the sanctuary piece for a more feasible time when the road comes through,” he said.

Following members’ 97 percent vote of approval, Executive Administrator Dennis Roberts said that the church signed a construction loan and will next refinance its existing mortgage to take advantage of lower rates. He said the church also plans to contribute $1.5 million from its general fund and some extra funding obtained for the project.

The result, Roberts said, will be cutting the church’s already low debt-to-income ratio by half and continuing its conservative financial management. Even with the changes, he said, the church will only increase its budget by 1.3 percent and still have enough cash on hand to cover all operating expenses for six months in case of an emergency.

“We’ve already begun the capital campaign planning and organization and it officially begins in May and will run for three years,” Roberts said. “The building should be available for use in the spring of 2023.”

Kevin and Linda Hoppe are also excited about the new building and its impact. They’re Triad Baptist members and also Triad Baptist Christian Academy parents — having enrolled two of their children at the Academy in 2017 after relocating to Kernersville from Clinton, Iowa.

Their son, Jack, graduated from Triad Baptist Christian Academy in 2021 and is pursuing a medical career at the University of North Carolina at Chapel Hill while their daughter, Emily, attends the seventh grade.

“I am all for building the building and building for the future,” Kevin Hoppe said.

Triad Baptist Christian Academy alum and 2017 grad Matthew Spencer was among those thrilled to hear the news about the new building. He earned a philosophy degree in 2021 from Clemson University where he served in the Undergraduate Student Senate. He’s now in law school at Elon University.

“I am absolutely ecstatic,” Spencer said. “I know the school and church are both thankful for this new funding and space.”