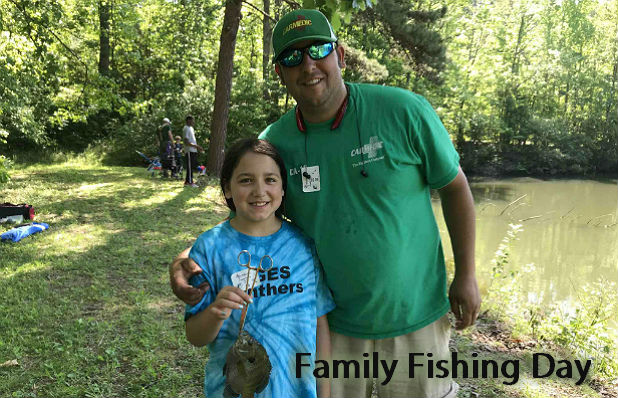 The top finishers in the Up to 2 age group:

The top finishers in the Third to Sixth grade group:

The top finishers in the Seventh Grade and up group:

“To see how excited the kids are and see families spend quality time together makes every minute you worked on this day well worth it!”

Cecile said the day reminds him of when he taught his son to fish nearly 20 years ago, and their many father/son fishing times together.

“It takes time and patience to teach a kid how to fish but once they understand and aren’t scared, they’ll never forget it,” he said.

Added Jason Marshall, who became involved with the event in 2015, “I help at Family Fishing Day because of the impact I see in the lives of those who participate. The way the kids’ faces light up when they catch a fish is priceless.