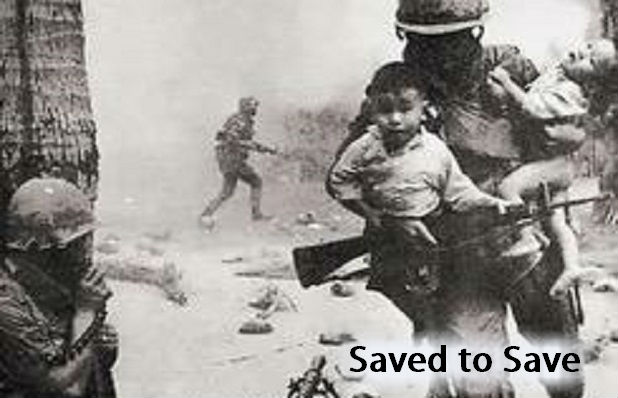 Hiding out in a Porta-John, Tan Lynn remembers the worker’s command when the children’s camp in the Vietnam jungle became ground zero in a 1975 fight between American GIs and the Vietcong.

With body parts and blood flying everywhere as mortar shells exploded and bullets flew, Lynn ran toward the jungle — slashed by a VC soldier soon shot for trying to kill him. On Lynn ran, tripping over a tree root.

Another American soldier picked him up and carried him in a dead run to safety before he stepped on a landmine, and the explosion catapulted Lynn into the air. While others tended to their wounded comrade, another soldier picked Lynn up, and they headed toward a clearing.

“The helicopter was just touching down, and a soldier burst out of it, taking and carrying me back inside and securing me into a bench-like platform,” Lynn said. “I looked over and saw him securing the hurt soldier, and had a sensation of flying up into the air before I blacked out.”

Lynn recovered from his wounds and was brought to Hawaii where doctors learned he’d lost his hearing. Later placed into the foster care, he was adopted by an American family.

He never met the GIs who saved him as a toddler, and has never seen the parents he was torn from by a child of war and does not know if they survived.

Lynn credits the same God who saved him physically that day — and spiritually and eternally Jan. 1, 2006 — for the life, hope, and ministry he has today. 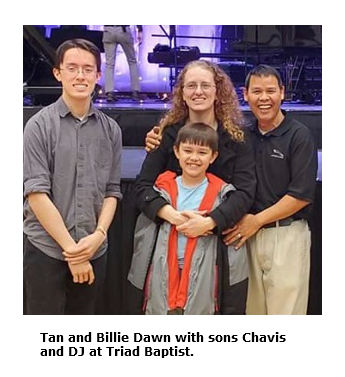 He’s a specialist/detailer in the body shop of Flow Motors, and the father of two sons with wife, Billie Dawn — Chavis, 18, and DJ, 9.

Lynn began attending Triad in June 2018 after hearing its services were interpreted for the deaf from a friend and, in March 2019, became one of Triad’s first five deaf members.

“I had been asking the Lord where he wanted our family to go to church — we live in Lewisville and it was hard to find a hearing church with an interpreter — and heard Triad had wonderful interpreters, and he was right,” he said.

“I decided to attend because I wanted to grow spiritually.”

Despite the horrors of his childhood, and feeling like he was on an emotional rollercoaster searching for joy, happiness and contentment until he accepted Jesus Christ as Savior in 2006, Lynn said he knows God has been with him through it all.

His life’s mission is summed up by Romans 10:1, he said — his life Bible verse. It reads, “Dear brothers, and sisters, the longing of my heart and my prayer to God is for the people of Israel to be saved.”

“My heart’s passion is to let the Lord lead me to reach deaf people to know Christ and encourage them to accept Him as personal savior and foster them to serve and learn to depend on the Lord all the way,” Lynn said. “I want them to receive His blessings and experience His love and peace just like I did.”