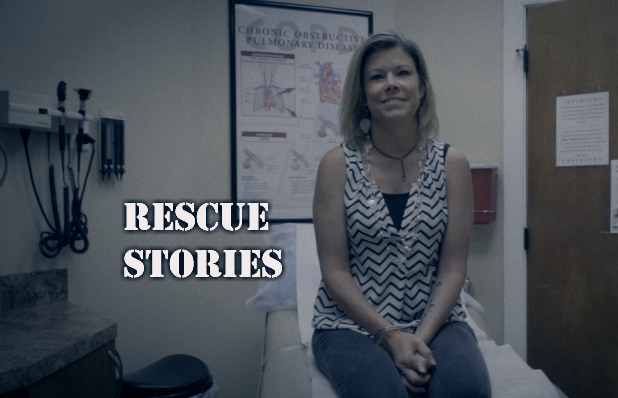 It all started with an ordinary case of the flu.

But the bug Melody Chandler got at age 13 was anything but ordinary — ravaging her pancreas and insulin cells and leaving her with Type 1 juvenile diabetes.

A constant regimen of four shots a day became the norm, as well as adjustments to life routines to accommodate a new reality others her age often didn’t understand.

Like the friends that left her once during a youth trip to Carowinds so she wouldn’t slow them down.

“As I got older, I was rebelling against pricking my finger every day to check blood levels,” she said. “By the time I graduated from high school, I was partying and constantly passing out from sugar lows.”

Flash forward to today, where diabetes no longer has its grip on Melody, all because of a life-changing call March 22, 2011, when the death of a 17-year-old organ donor changed her life.

About two years earlier, Melody and her husband, Jeff, had adopted their daughter, Marisa, because doctors didn’t think she could survive another pregnancy.

While still a diabetic, she had her son and first child, Noah. The doctors had told her she would die if she ever got pregnant.

The difficult pregnancy nearly killed Melody, including temporary loss of her vision and other complications, but she and Noah made it through. “God’s plan was different for me than my doctor’s plan,” she said.

After Noah came home from the Neonatal Intensive Care Unit, Melody’s sugar levels continued to regularly hit bottom. She once passed out while driving. She ran over a fire hydrant and backed into a restaurant in High Point, but remembers few details of what happened.

Yet even in those days, God never left her side. Once, when visiting the Chick-fil-A in Kernersville, Triad member Danny King’s daughter, Chelsea, who was working the restaurant’s drive-thru, noticed the signs of diabetic shock setting in and alerted her boss. A registered nurse in the line overheard the conversation and sat with Melody until paramedics arrived while Chelsea watched her children.

Chandler was headed toward dialysis when that March 22, 2011, call came in from Wake Forest Baptist Health in Winston-Salem. Doctors had found a perfect match for the kidney and pancreas organs required to return her to health. The operation didn’t start until 7 p.m. and would go until 3 a.m. the next morning.

“Before my transplant, I worked with Updos, and we would have a girls night at a friend’s house and always end with prayer,” Chandler said. “I thought I was going to die through all this.

“All the girls got around me and just prayed over me and after that night, and God just gave me a peace,“ she said. That morning, Chandler felt His presence and heard a still, small voice reassuring her of his continued care for her, Jeff, Noah, and Marisa.

It’s been seven years since her transplant. Anti-rejection drugs have replaced the insulin pump.

Three years ago, she met her donor’s mother at a Donate Life Walk in Winston-Salem — delivering the same ‘thank you’ message in person. They’re Facebook Friends now.

“She told me I was living out everything her daughter wanted,” Chandler recalled. “She wanted to adopt and foster, too.”

Growing up, Melody always wondered why God allowed her to have diabetes.

But she’s learned to walk by faith and have seen what He’s done through the disease — factoring into everything from the decision to adopt Marisa to getting involved in Triad’s orphan and foster care ministry, Loving the Least of These.

She’s back serving again at Vacation Bible School and in other capacities for Kids Street Children’s Ministry, and back to work as a child-care specialist.

Her diabetes ordeal is now viewed as a strength-building trial she wouldn’t trade for anything.

“I’ve learned you have to walk by faith,” Chandler said. “With the adoption of my daughter, and birth of my son, I’ve seen Him move in amazing ways.

“You do have to let what you’re holding onto go and give it to God, and walk by faith and continue to pray without ceasing,” she added. “Without my praying friends, and me and my husband praying all the time, I don’t think we would have been able to do it.

“I have seen the evidence of God’s power to rescue me, and what walking by faith looks like and now I know: I would not be where I am today had God not first allowed diabetes into my life.”