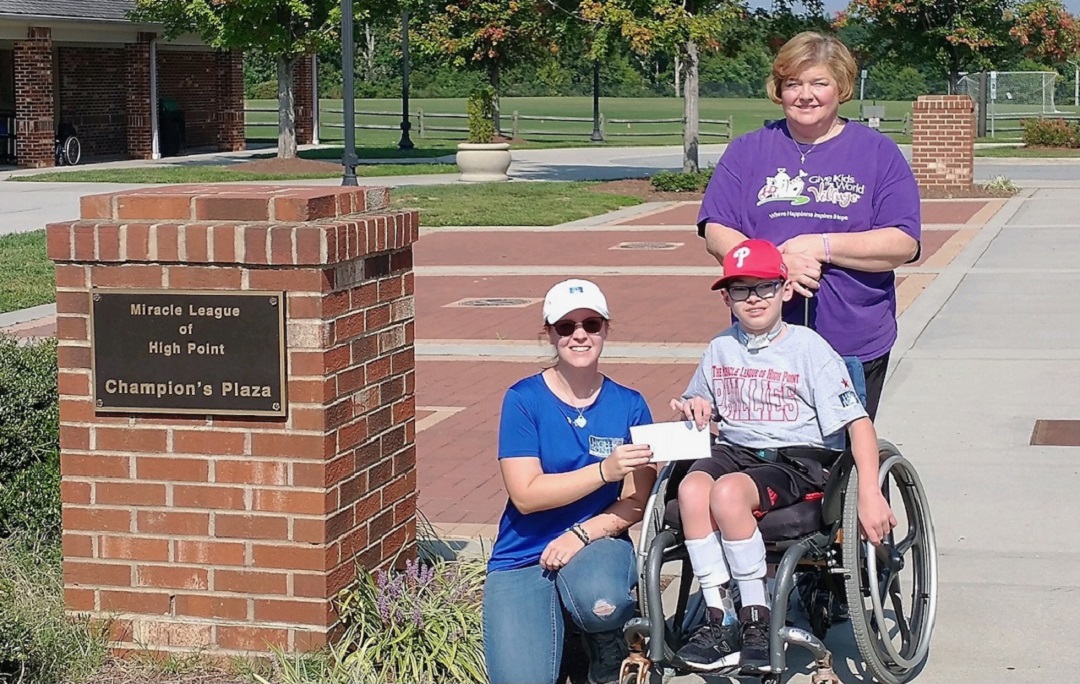 The first baseball league of its kind in North Carolina for children with special needs, the Miracle League of High Point recently wrapped up its fall season.

All 111 players got a trophy thanks to the generosity shown by children during Vacation Bible School July 18-23 at Triad Baptist.

They donated about $6,000 in the Penny March competition between the boys and girls: about 600,000 pennies which, if placed end to end, would stretch more than 104 football fields.

Each year, that money funds everything required to put on VBS, from crafts and snacks to promotions and all other expense. The difference between costs and donations is paid forward to bless others.

Timpani Lopp, program activity manager for the High Point Parks and Recreation Department, was one of the 2022 VBS beneficiaries, receiving a check for $600. 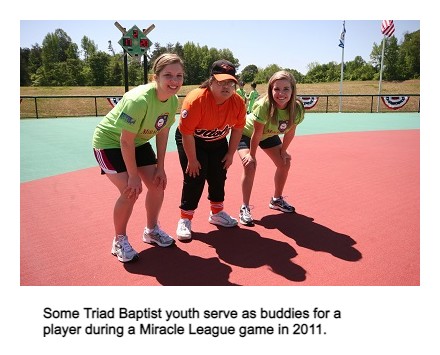 She runs the Miracle League and coordinates the play of its 10 teams and volunteers.

“We appreciate Triad giving to us this way,” said Lopp of the gift made possible by Penny March proceeds.

“We used it for the end-of-the season trophies and were able to buy the bulk of them from your donation.”

Wendy Kluk, a Triad Baptist member and nurse who once cared for a Miracle League participant—and who coordinated a 2011 volunteer activity for Triad youth at a Miracle League game—took the check to Lopp.

“It’s a great program,” Kluk said. “I learned about it through a patient many, many years ago.”

Scholarships for computers and books

Just as the Miracle League of High Point aims to give children with special needs the opportunity to experience baseball, Touch 'Em All Triad, another recipient of a $600 VBS donation from Triad, seeks to broaden access to baseball and softball. 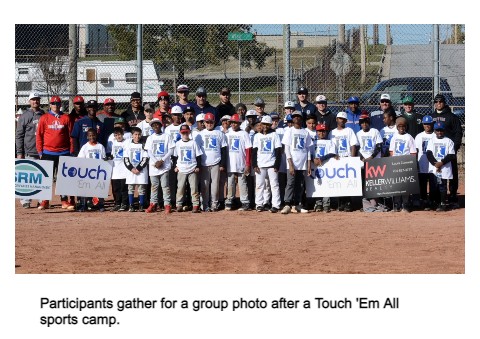 Andy Harper, a teacher and baseball coach at High Point Central and brother of Triad Baptist pianist Lori Compton, founded Touch 'Em All Triad in 2019. Compton is the nonprofit’s secretary and treasurer.

Before he died from Covid-19 on Aug. 27, 2021, Harper had seen the nonprofit reach scores of youth through its teaching clinics, the community baseball field built off Hicone Road, and scholarships and other programs. The nonprofit is an affiliate of Major League Baseball’s RBI Program.

Touch 'Em All seeks to use baseball and softball to emphasize the importance of faith, academic achievement, healthy life choices, hard work, and service to others. 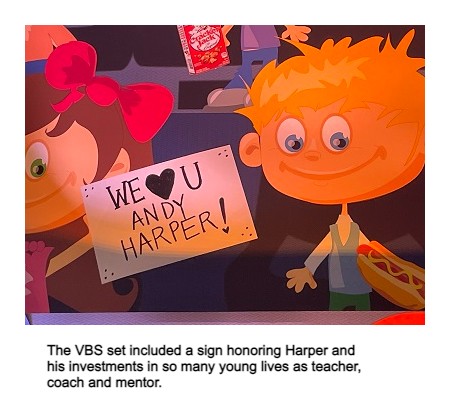 Triad’s “Game On!” VBS set honored Harper’s memory and community contributions. One of the children shown in the stands held a sign that read, “We Love You, Andy Harper!”

“Andy never wanted any attention brought to himself,” said Compton of her brother. “Everything he did in the classroom, on the ball field and in life was for the betterment and encouragement of others. 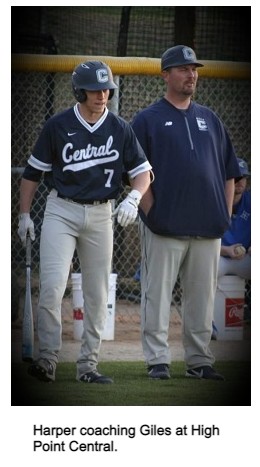 “Our family appreciates this year’s TBC VBS making the donation toward Touch ‘Em All so this passion and dream of Andy’s can continue to help many young athletes.”

“We really appreciate the support from VBS which went to support the scholarships that we offer twice a year,” Giles said.

His own son, DeAngelo, was among the players Harper took under his wing. DeAngelo Giles went on from High Point Central to play infield for N.C. State University, including an appearance in the College World Series tournament. He’ll graduate in December and join the N.C. State baseball staff as coach of infielders and mentor.

The final $600 sports-themed donation from “Game On!” went to Triad Baptist’s Upward Sports program. “We printed certificates and handed them out at VBS,” said Family Connect Pastor Jason Shuler whose responsibilities include overseeing the church’s recreation programs. “In order to redeem the coupon, kids could turn in their certificate for one free sport season of their choice.” 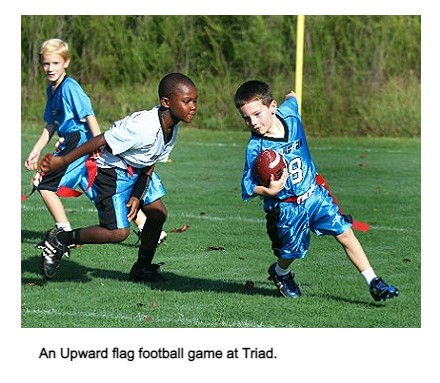 Tim Gerber, executive pastor for children and ministries, said that supporting ministries and nonprofits is a longstanding VBS outreach.

“We have probably been doing this for about 20 years, and thought it was a great way to pay forward what God has done for us to another ministry or nonprofit,” Gerber said. “It’s allowed us to go beyond VBS week and also reach many unable to experience VBS.

“Through the grants we’re able to make each year, children get to experience the joy that comes from giving to others, even someone they might never meet, and see how they themselves can touch lives in Jesus’ name.”