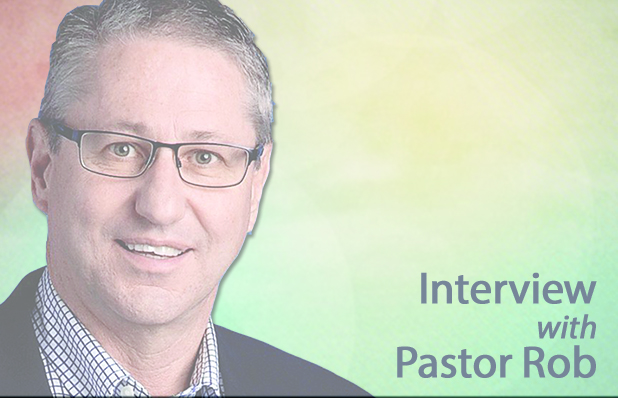 Bauer made a personal visit to the church and meet him since Triad’s $1.6 million loan would be the largest loan the bank had ever made.

“What he was asking me was, ‘Have you thought about your future, Rob? What do you see?’ ” Decker recalled. “If you can see it, we will give the provision to your vision.’ ”

The church’s members would give enough to pay the loan off in just six years — Decker said the church has invested $10 million on land and buildings alone worth $19 million — and the experience would have a profound impact on Decker and the way he thought about the future.

More and more, he asked for God’s guidance to help he and the church’s members dream big and “see the invisible” — like the famous quote from Proverbs, “Without vision, the people perish… ”

On Aug. 26, in a message titled, “Vision 2020: Seeing the Invisible,” Decker highlighted Triad’s move to begin planting churches and reproduce itself — the only step it has not taken to date in the New Testament’s model for spreading the gospel of Jesus Christ.

“If you can see the invisible, you can do the impossible,” Decker said, noting how Triad and its members have proclaimed the gospel message, discipled others, and remain dedicated to prayer, worship, service, and evangelism.

“All of the stages the Apostle Paul mentions that the early church completed in Acts, we’ve done,” he said. ”Multiplying and reproducing ourselves is the only stage we haven’t done, so that’s what we intend to do.“

‘Something bigger than all of us’

“I see something that is bigger than me, bigger than Triad Baptist, and all of us,” Decker said. “We’re laying the groundwork for churches that will impact generations to come, and I’m excited about what God is going to do.”

The church plant pastor won’t lead the new congregation but will organize and oversee its establishment, and also direct the church’s missions program and $300,000 budget which supports 54 missionaries serving locally, nationally, and internationally.

Triad already included the church plant pastor in its 2018 budget and the candidate for the position will speak to the church on Sept. 23.

Like Triad itself, Decker said that the new church plant will be designed to both reach the unchurched and help those who are Christians or become Christians through its influence grow in their faith and serve and disciple others.

“We don’t expect it to have a major impact on the church budget and think it will be operating on its own after a few years,” he said.

While getting the new church plant — and future churches — off the ground is Triad’s top priority, Decker also updated members on the status of the other item in the church’s future vision: a planned dedicated sanctuary.

Originally designed to cost $7 million and be built on the site of the church’s current preschool building and activity center, Decker said that the logistical issues caused by the loss of both buildings — and the cost — called for a fresh new look at the project.

He said he and a core team of leaders and the church’s architectural firm, Bradley & Ball, have been meeting for about a year to find ways to cut the project’s cost by 40 to 50 percent, and find a new location for it on Triad’s campus.

While fundraising for the project could begin in as few as five years, Decker said that implementing the church plant ministry comes first.

“Of our two priorities, it’s definitely the one at the top of our list right now,” he said.

As he celebrates his 20th anniversary at Triad this month, Decker said his life — and ministry — continue to be influenced by a made-in-N.C. legend: the first flight in Kitty Hawk by Orville and Wilbur Wright in their Wright Flyer on Dec. 17, 1903.

During a family trip to Washington D.C., at age 11, Decker saw the Wright’s famous plane at the National Air and Space Museum of the Smithsonian Institution.

Back home in Pennsylvania, he told his dad he wanted to be a pilot and, by age 17, had his private pilot’s license. His dad supported his desire to go to flight school with one condition: he had to first attend Bible college for a year.

Decker chose now-Piedmont International University because it was one of the few Bible programs with a flight school.

God redirected his path there from flying to preaching, Decker said, but he remains inspired by the vision behind the first airplane flight. He said he’s building a team to — with God’s help — reach new heights and change lives through the power of God.

“I am still motivated by the vision of Wilbur Wright,” Decker said. “He was a bicycle maker who saw a bird flying in the air one day and said to himself, ‘I belong up there,’ and didn’t stop until he was.”