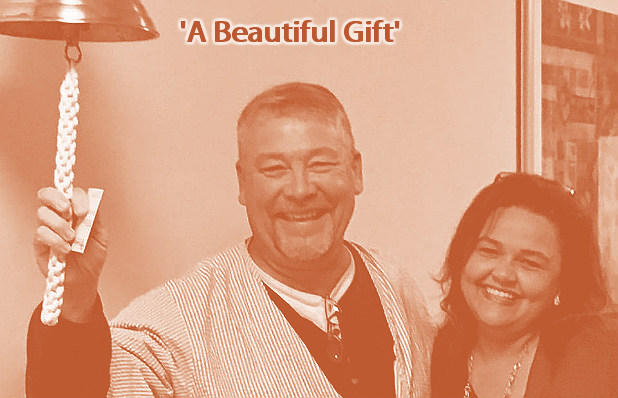 Darrell Fulp had always heard how cancer changes everything.

Now he personally knows what those words mean.

Triad’s part-time college and career pastor who leads the Unite ministry for young adults, Fulp learned he had cancer almost by accident in June.

He went in for hernia surgery and casually noted the bulge on the right side of his thigh to the doctor who didn’t like what he saw.

A CT scan and Doppler ultrasound test later confirmed the doctor’s hunch. It was indeed Leiomyosarcoma — a soft-tissue cancer that only accounts for about 1 percent of all cancer cases in the U.S.

Fulp had surgery July 20 at Wake Forest Baptist Medical Center and 30 radiation treatments afterward (from September through October). He’s currently awaiting word from cancer specialists on whether they’ll recommend chemotherapy for the disease which returns in about half of the cases.

On Nov. 12, the church held a special fundraising spaghetti lunch for Fulp from 12:30-2:30 p.m. — selling 300 tickets, and, with other contributions, raising enough to cover a year’s worth of treatment.

For Fulp and his wife, Wendy, who works in Triad’s office as pastoral secretary, the disease has allowed them to experience the church acting just as designed — as the hands and feet of Jesus Christ.

“The response has been amazing,” Wendy said. “I have had ladies call me who have had loved one with cancer say, ‘As a support person here are the emotions you are going to feel and my advice: You are going to get angry at him sometimes because he handles it differently but you should let your husband handle cancer the way his personality leads him to handle it.’ ”

That advice proved spot-on, Wendy said, since she’s the fixer and serious one while Darrell is the jokester. Since the surgeon had to remove a chunk of his thigh and muscle since the tumor was in the saphenous vein and more surrounding tissue than thought, he tells people who see his leg that he was bitten by a shark and sometimes adds, “My underwear modeling career is over.”

He even poked fun at himself with a selfie at Baptist’s billboard on business I-40. Darrell’s version: “Diagnosis: Cancer. Second opinion: obesity.”

The difference in their personalities was reflected in their initial reaction to the cancer news. Darrell was “surprised” while Wendy was “devastated.”

Wendy said the Triad Baptist family and their College and Career Group has supported them well beyond the calls and well wishes during their cancer journey.

When Wendy got Darrell’s biopsy results, she said Unite member Hannah Thompson, a first-year medical student at Liberty University’s College of Osteopathic Medicine, helped explain the findings and translate the medical terms into lay terminology she could understand.

Unite member Jordan Johnson, an athletic trainer for Lees-McRae College, told Darrell about exercises he could do to strengthen the muscles affected by the surgery. Doctors had to cut and re-route the saphenous vein where the cancer cells lived, which has left parts of Darrell’s right leg numb.

Both Wendy and Darrell said they were floored the most by the love shown through food: a meal delivery arranged by member Janet West that brought food to their door almost nonstop from June through September.

“It was every other day,” Wendy said. “The meals coming took that load off of us so Darrell could focus on his job and bouncing back.”

Whatever the future holds, Darrell said he knows who holds his future and what that will be — eternity in heaven with Jesus Christ. The disease has inspired him to share that message even more boldly whether it’s through the Unite and Living Epistles classes he leads at Triad, or a sermon he preached for revival at a church in Stoneville, N.C.

“I have not had a lot of pain, so have been very fortunate,” he said. “I have absolute trust and faith in Jesus Christ and know He’s got this and know where I’m going but you do worry about your family. They are the ones who have to worry about what happens and what it will be like if it is God’s will that I do leave this earth.

“My experience with cancer certainly has opened my eyes to what other people have been going through,” he added. “Miriam Stanley (a Triad member who has experienced cancer) told me, ‘Cancer is a beautiful gift in an ugly package,’ and I have learned how true that really is.

“My wife and I have become even closer as a result of cancer, and its deepened my perspective by helping me see where other people have been and what some are now going through. A cancer diagnosis changes everything.”

Wendy said she and Darrell have already seen difficult days in their cancer journey together and know more may come. But, she added, they are not shaken and stand firm in faith together.

“In 1 Thessalonians 4:13-14 it says we will not sorrow as those who have no hope because we know Jesus did die and rose again and that God will bring us with Him when He comes again. We’re locked onto that.

“We are helpless in cancer but not hopeless.” 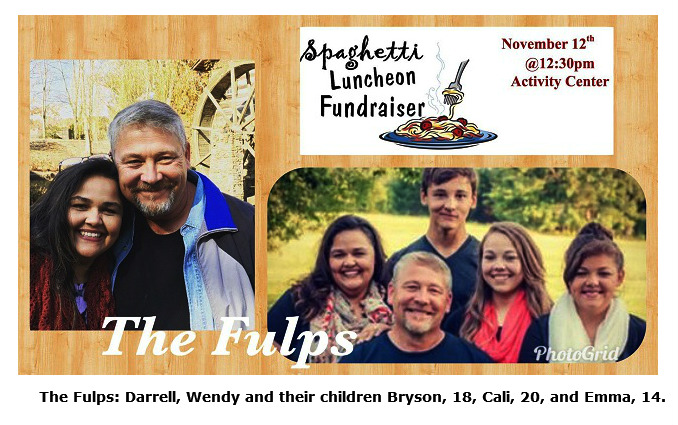