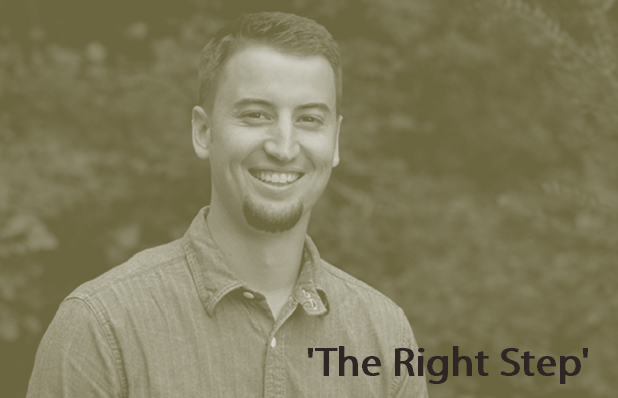 Jared Hoots has made quite a difference in his first full-time ministry position.

Since arriving at Triad Baptist Church in 2012, he’s led the Radiate high school ministry and empowered its 65 youth to take a more active role in leadership so they could deepen their walks with Jesus Christ.

And he revived small-group ministry at Triad under the Connect Groups banner.

Hoots now draws on those experiences as he and his wife, Kimberly, prepare to relocate their family to Wake Forest, N.C., so he can pursue a master of divinity degree at Southeastern Baptist Theological Seminary.

His eventual goal: to serve a church as senior pastor. Their last day at Triad is July 31.

“Kimberly and I began praying about this around mid-November, and asked the Lord to make it clear for us,” Hoots said of his decision. “Over the next four or five weeks, it seemed like every message that Pastor Rob preached was directly to us! He was going through the Running with the Giants series, and specifically, the two messages about Abraham were clear confirmations for us that this was the right step to take.”

“In December, I began talking with him about this possibility and asked for his counsel and prayer. He has been so supportive of me throughout this entire process and I am so grateful for his wisdom, leadership, and advice.”

Hoots said becoming a full-time student will greatly accelerate his preparation for and transition to adult ministry — nearly cutting in half the time to earn his M.Div. degree. He hopes to complete the degree program in three years.

“The demands of full-time ministry at TBC, pursuing my education, and spending time with my growing family would be too much for me over that period of time,” he said. “Over the past year, God has given me an increased passion to preach His Word and I feel led to pursue pastoral ministry to adults. In order to pursue that calling, I recognize the need to pursue an education that will fully equip and prepare me for that role.”

Hoots said he sees God’s hand in his time at Triad and believes the experience will serve him well in his schooling and eventual service to a congregation as pastor.

“I've been a youth pastor, worship leader, and Connect Groups pastor,” he said. “As a lead pastor, I will better understand the pressures and the work that each aspect of ministry requires. Also, I feel so thankful to the Lord for allowing me to gain five years of ministry experience prior to pursuing my degree. I now have a practical foundation upon which my education will be built. I really believe that gaining this experience causes me to take my education that much more serious. I won't have to sit in class and wonder what it will be like to practically apply what I'm learning in the ‘real world’ of ministry. I’ve already experienced it!”

In light of Hoots’ decision, Decker said that the church is considering a range of options and keeping all open for the long term.

In the short term, he said the responsibilities for Middle School Student Pastor Toby Pegram will be broadened to include high school ministry as well, with an intern selected to assist him by July 31. Decker said that the church also will decide by then who will pick up Pegram’s recreation ministry oversight duties.

“Over the last two years, it’s been an honor to serve with Jared,” Pegram said. “I’m really sad to see him go but I see the call in his life to pursue education and ministry to adults. I know God will use him in a powerful way like he did here at Triad. His investment in the ministry will allow me to continue to build upon the success that God has brought to the high school ministry.

“I couldn’t be more excited about this opportunity during this time, and I look forward to what God will do in both our middle school and high school student ministries.”

Asked what he considered some of the milestones of his ministry over the past five years, Hoots said: