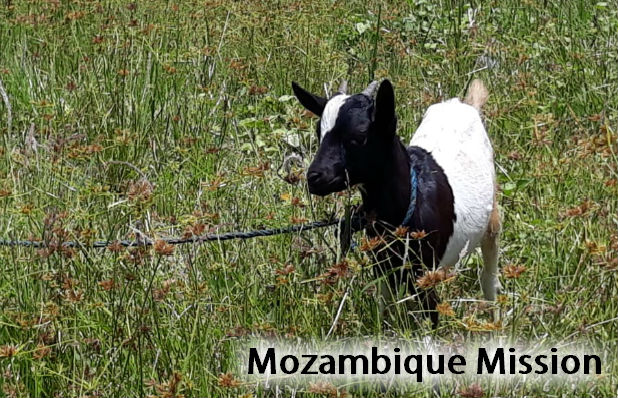 As 2019 winds to a close, Triad Baptist Church is making a unique gift to the people of Lumbo — a small town on the northeast Indian Ocean coast of Mozambique.

Call it goats for the gospel, and more.

Complete with stainless steel tables, refrigeration and other equipment, the shop and larger herd will produce more meat making the popular local delicacy even more affordable for residents.

The project will also bring the first running water to the business, saving the goat farm’s six employees several quarter-mile walks daily to a nearby well to fill five-gallon containers with water.

Other projects will pay to expand the Rickshaws Hotel and Restaurant, and outfit a small recording studio. It would produce the first Christian worship music and Bible translations for the Makua Nahara people of northern Mozambique who have their own oral language. 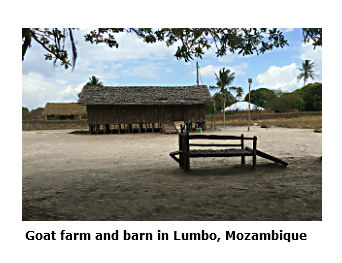 Daryl and Leah Burnette, the third team of missionaries who call Triad Baptist their sending church, will lead the projects when they return to Lumbo in June 2020. They returned to the U.S. on furlough in April 2019.

Daryl Burnette said the needs coincide with his increased role as area director for WorldVenture, which includes overseeing the work of five other missionary couples in northern Mozambique.

He runs the goat farm, where three Bible studies are held weekly and two of its six employees have become Christians. The other projects are led by other WorldVenture missionaries.

“The best way people can support us in training leaders up and sending them out as disciples of Jesus is not just through support of the goat farm but all the ministries WorldVenture is directing in the area to reach the Makua Nahara people,” Burnette said. 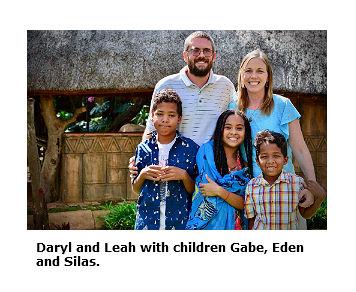 Through Triad’s end-of-year giving program, Triad Baptist also hopes to make some upgrades to its campus off South Main Street. One $10,000 upgrade would add new flat-panel monitors at all entrances and purchase new sound equipment for Kids Street Children’s Ministry; the other effort would replace all security cameras in a $30,000 modernization.

Any additional funds raised would help the Burnettes pay for travel back to the country and purchase a new 4-wheel-drive vehicle.

Members have until Dec. 31, 2019 to contribute but can also support the work individually after that date through WorldVenture. 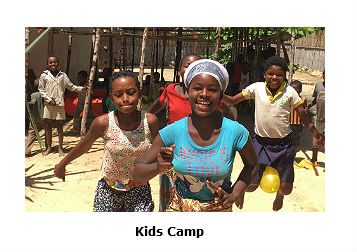 “We talked about the hope and vision Leah and I have for the ministry and how Triad could become involved in a greater way in what God is doing in Mozambique,” Burnette said.

The $67,500 in new support adds to the $12,500 the church already provides to the Burnette’s ministry annually in Mozambique. Several Triad members also support their work on an individual basis.

But Decker said the church wants to do more.

“Who is going to tell the people about Jesus if we don’t?” he said. “We are going to give extravagantly to support the Makua Nahara people and efforts to allow them to hear the Bible in their native tongue for the first time and to have the first Christian music for worship and new employment opportunities they can use to support themselves and their families financially and spiritually.” 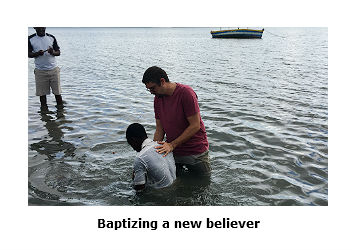 When the Burnette’s first traveled to Mozambique in 2015 with their three children after their appointment as missionaries by WorldVenture of Littleton, Colo., they initially planned to minister to the street children of Maputo in Mozambique’s capital.

But WorldVenture directed them northward where the need was greater and where there were fewer available missions and missionaries.

They ran a hotel and restaurant on the island of Mozambique for another missionary on furlough and started a goat farm of their own when they saw how effective businesses were in meeting local needs and making and building relationships for Jesus Christ.

Since moving to Lumbo in April 2016, the Burnettes have faced their share of challenges from cyclones to malaria have won hearts by embracing the culture and their neighbors through business as well as kids clubs and other ministries. 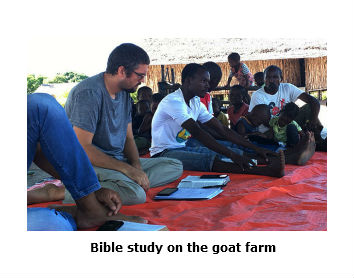 Through its end-of-year giving, Triad Baptist has pledged at least $67,500 to support all four projects in northern Mozambique — money in addition to the $12,500 the church already provides annually to the Burnette’s. (Several members of the church also support the ministry individually through WorldVenture.)

In February, Decker, Shuler and Triad Baptist member Phil Boydston will accompany Burnette on a survey trip to Mozambique to identify needs and explore possibilities for a future mission support trip by members.

At over $340,000 annually, missions is the third-largest line item in Triad Baptist’s budget. The church now supports 56 missionaries in 25 countries and nine Christian mission organizations.

“We’re excited about these new developments and the further deepening of our relationship with Triad Baptist, our sending church,” Burnette said. “One of the things we’ve been the most surprised by is how receptive people have been to us and the gospel since we arrived in Lumbo.

“A lady told Leah one day that we were the first white people to come and spend time with them and care about them,” he said. “We want to continue to work, live and worship alongside them as we teach and show them the love of Jesus Christ.”

For more on the origins of the Burnette’s ministry, see the Dec. 27, 2013 Connections profile on the couple.