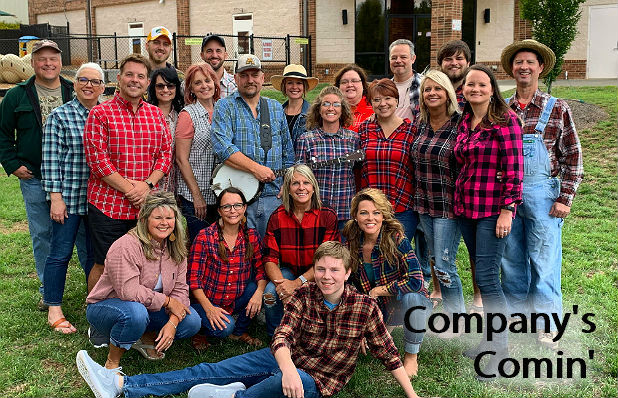 When Triad Baptist Church designed its Worship Center/Gym, the idea was a multi-use space that could function as a sanctuary, worship center, and even host community events.

The church has hosted concerts by Steven Curtis Chapman, NewSong and other artists, and seminars by such nationally known speakers as Kay Arthur, but never a dinner theater.

The dinner show, which runs 90 minutes with a 15-minute intermission, features a three-course pig pickin’-style menu of barbecue, hushpuppies, green beans, potatoes, dessert and more, and a musical comedy set in the Great Smoky Mountains.

You’ll meet a scheming colonel, his would-be starlet daughter, a black bear (of course), and a hillbilly boy and his skillet-wielding mama to name a few, says Jeremy Chandler, Triad’s creative communications director and the show’s creator. 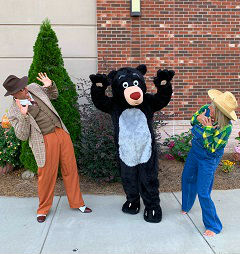 As for the music, “Company’s Comin’ ” get its title from a Porter Wagoner classic but there’s also “Old Time Religion,” “Hey Good Lookin’ ” “Love is Green like Cash” (an original song by Tanya Day) and other tunes and soundtrack created by David Averback and His Song Music.

“Company’s Comin’ ” is the sixth show Chandler has written for Triad.

“We usually do a Christmas drama before the adult choir presentation and children’s musical the first weekend after Thanksgiving but really couldn’t this year since Thanksgiving came so late which put the dates too close together,” Chandler said.

“So it was a good time to do something earlier and try the dinner theater concept we had been wanting to do,” he said. “A dinner show is just a great opportunity to get people together and build community, and a good, fun, family night out.”

“Jeremy writes great plays,” said Triad’s Lead Pastor, Rob Decker. “They are home-grown and homemade and he gets the actors and actresses to come out of themselves to engage the audience.

“I thought this particular show would be a good one for the family and dinner-theater format since it’s just a clever, funny, down-to-earth story of rich and poor in a Tennessee town.”

Three ministries of the church will share any proceeds remaining after expenses on the night volunteers from each will serve dinner: Loving the Least of These, which serves foster parents and their families and orphans; the Radiate Student Ministry; and Triad Baptist Christian Academy.

“We’re excited to be able to help these ministries through the dinner theater,” Chandler.

“The show’s focus is that true happiness is found not in how much money you have but in your family, faith, and friends. Those are the core things that should bring happiness, and where our investments should be.”