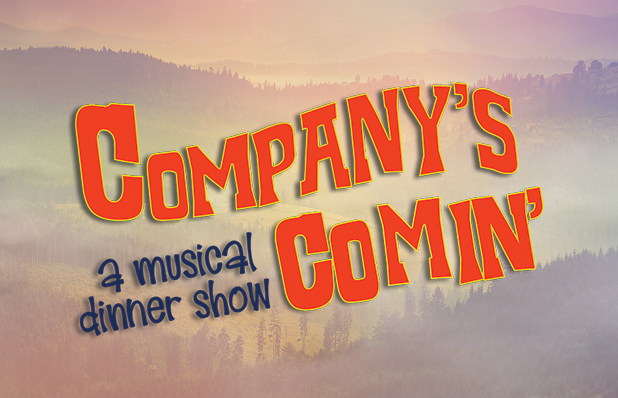 “Come on down, have a look around, at rich folks living in a poor folks’ town!” "Company’s Comin'" is a musical/comedy set in the Great Smoky Mountains during the 1950s.A long-time rivalry between two landowners is finally settled when a fast-talking, money-minded, self-absorbed Southern Colonel and his sidekick show up to create a “tourist destination” in the Laurel Creek Valley. Quick wit and good old-fashioned hillbilly music set the tone for this fast-paced dinner show.
Dinner and'a Show: The show will run about 90 minutes from start to finish, including a 15-minute intermission. The three-course dinner will be served during the show.

TICKETS: Tickets will be available beginning August 12th from iTickets.com.

Are you ready for a night of worship?

8:00am Acoustic Worship
9:15am Contemporary Worship
10:45am Traditional Worship