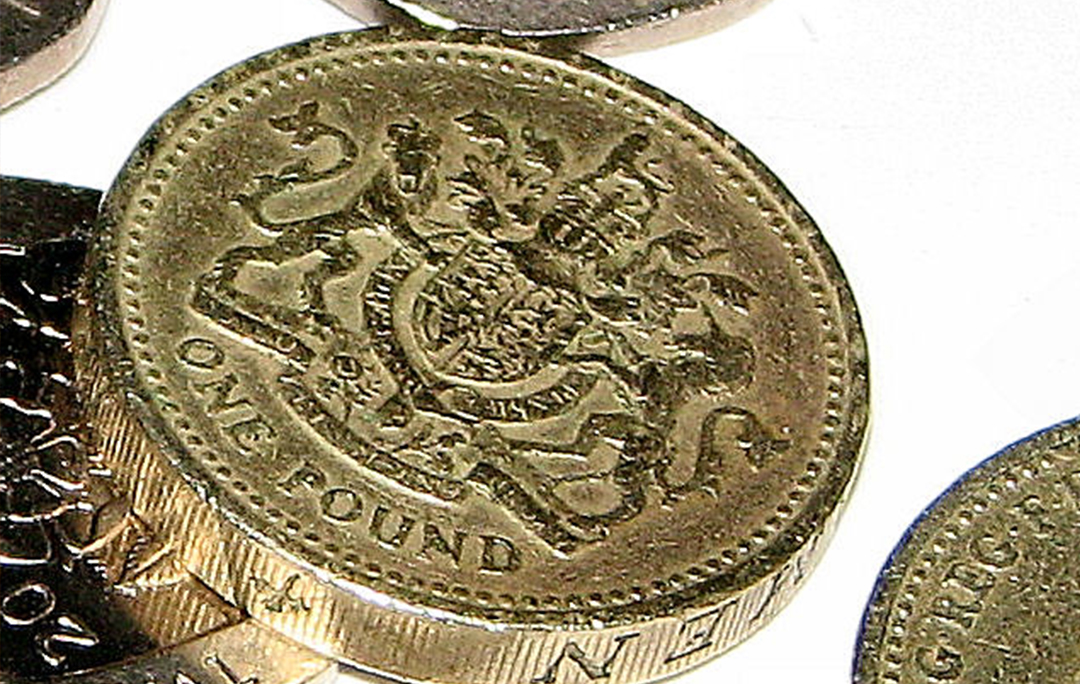 About a year ago, I came across a British coin that I found to be fascinating.  The coin is a British crown that dates back to 1935 and shows a portrait of noble King George’s face on one side, but it was the backside of the coin that originally caught my attention.  The back of the coin featured King George in action dressed in full armor, mounted on a horse, as he trampled victoriously over a terrifying dragon.

As I saw the image on this coin, I was instantly reminded of what the Apostle Paul said in Romans 8,

“What then shall we say to these things? If God is for us, who can be against us?  He who did not spare his own Son but gave him up for us all, how will he not also with him graciously give us all things?  Who shall bring any charge against God's elect? It is God who justifies.  Who is to condemn? Christ Jesus is the one who died—more than that, who was raised—who is at the right hand of God, who indeed is interceding for us.  Who shall separate us from the love of Christ? Shall tribulation, or distress, or persecution, or famine, or nakedness, or danger, or sword?  As it is written, ‘For your sake we are being killed all the day long; we are regarded as sheep to be slaughtered.’  No, in all these things we are more than conquerors through him who loved us.  For I am sure that neither death nor life, nor angels nor rulers, nor things present nor things to come, nor powers, nor height nor depth, nor anything else in all creation, will be able to separate us from the love of God in Christ Jesus our Lord.” (Romans 8:31-39)

If you are a believer and have placed your faith in a relationship with Jesus—you are a warrior!  This is why Jesus saved us and then left us here—to be a soldier of the cross because of what He has done for us by His grace.  In fact, the verse above states that we are even ‘more than conquerors’ because the ultimate victory over sin and death itself has already been won for us.

One quote on the coin that is a powerful reminder is this, “decus et tutamen” which is a Latin phrase that means “distinction and protection.”  I Peter 2:9 says, “But you are a chosen race, a royal priesthood, a holy nation, a people for his own possession, that you may proclaim the excellencies of him who called you out of darkness into his marvelous light.”  As warriors for Jesus Christ, we are to live a life that is distinct from those who are not yet believers while at the same time knowing we are protected by His grace.    As Paul closes the Book of Romans, he says this, “The God of peace will soon crush Satan under your feet.” (Romans 16:20).  Am I living a life of distinction?  Am I seeing victory over the forces of evil that are in opposition to the kingdom of Christ?  And if not, why not?

Back to School in Permanent Ink