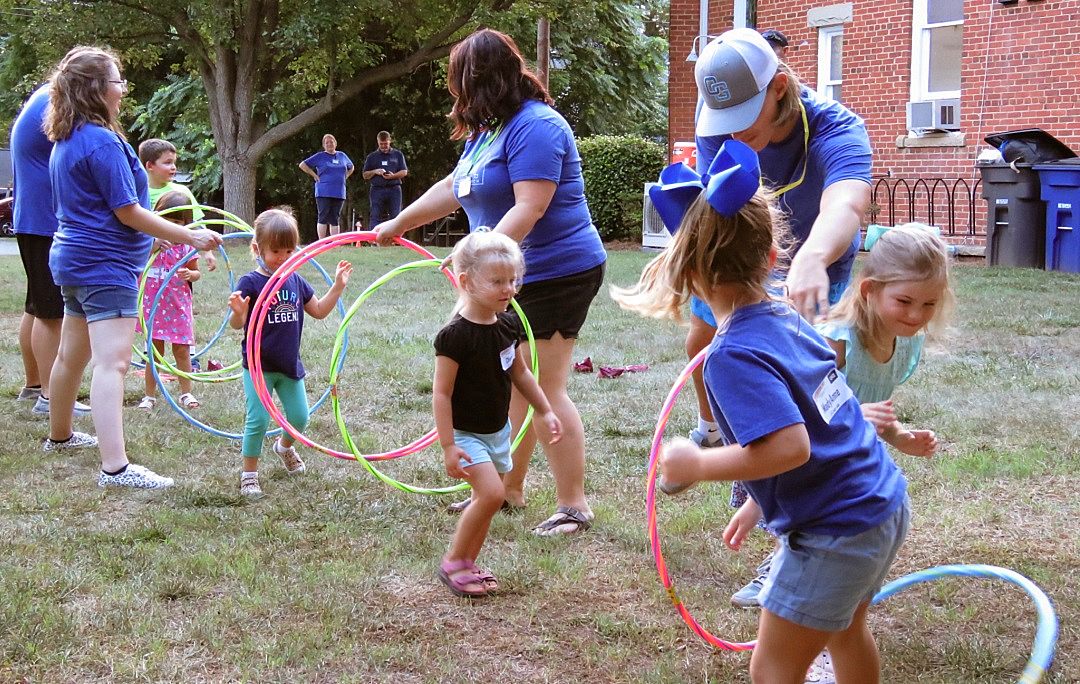 The voices of children playing and singing and learning to love Jesus Christ, themselves and others returned to the corner of Hollyrood Street and West Banner Avenue in Winston-Salem this summer.

The latest came June 30 when Triad’s nearly $250,000 of support over three years ended and, effective July 1, City Park officially moved out on its own with a core group of about 35 former Triad members. 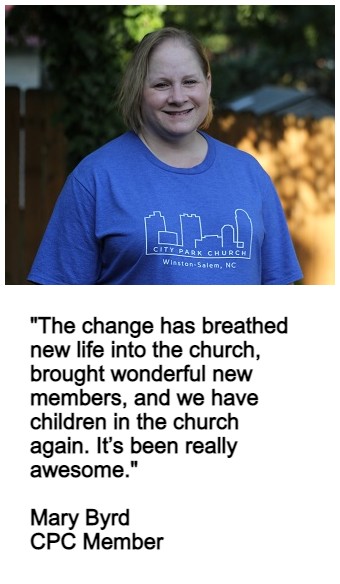 No one could be happier with all these developments than Mary Byrd. She co-leads City Park’s Children’s Church with former Triad member Chris Thompson.

Before City Park, Byrd had been a member of Memorial Reformed Church — the congregation that became part of City Park May 1, 2020 in a merger that not only brought ownership of a church built in 1920 for free but a gift of money from Memorial too for roof and other repairs.

“The community needed new breath from the church,” said Byrd. ”There comes a time when the world changes and sometimes you have to change along with it, and I think that’s what the community needed, and it’s what I needed in ministry.

“City Park being planted at Memorial was the greatest idea because we weren’t going anywhere,” she said. “We were losing members and had dwindled to just a few, and really weren’t offering much.

“The change has breathed new life into the church, brought wonderful new members, and we have children in the church again. It’s been really awesome.”

‘Incredible to think about what God has done’

Triad Baptist invested more than $250,000 in City Park as part of a new program of church planting launched in 2018. While COVID may have slowed that program’s pace, it has not stopped it or altered the church’s commitment to additional plants, said Lead Pastor Rob Decker.

“It’s incredible to think about what God has done in the successful launch of City Park,” Decker said. “We’ll definitely be doing another in two to three years because this is exactly what the early church did as modeled in the Bible’s Book of Acts — train leaders and raise up and send out people to build new churches reaching communities, and then repeat. 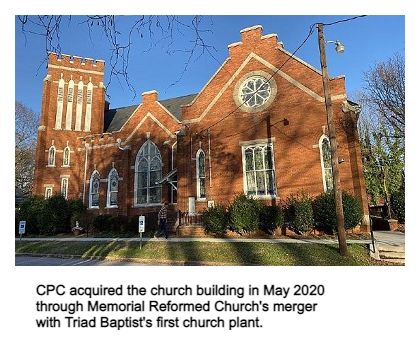 “This is one of our goals at Triad and we want to continue to do that — to breed Baptist churches standing alone and serving their communities as sister churches independent of us in service to God.”

City Park officially held its first service Jan. 12, 2020, in Memorial’s former sanctuary, and had planned April 5, 2020, for its public launch.

But those plans were shelved when N.C. Governor Roy Cooper announced a stay-at-home order and prohibitions against large gatherings of 10 or more people to maintain safe social distancing and help limit the spread of COVID-19 disease.

On May 17, City Park members maintained their social distance and enjoyed worship outside on the church’s lawn as North Carolina began to relax its rules for church gatherings in a phased approach to reopening.

Indoor services with masks and other precautions followed as the state’s guidelines changed. Becky Temples was one of three members baptized on the grounds when the church finally celebrated its long-delayed Easter services in person on April 4.

“It was wonderful,” she said. Although she accepted Christ at age 13, Temples, then 54, said, “I am not getting any younger and know I was not living the life that I should be living for Jesus.

“He’s everything to me.”

A church built on prayer

Pegram, who left his youth ministry position at Triad to lead City Park in 2019, said the plant’s success starts with prayer. 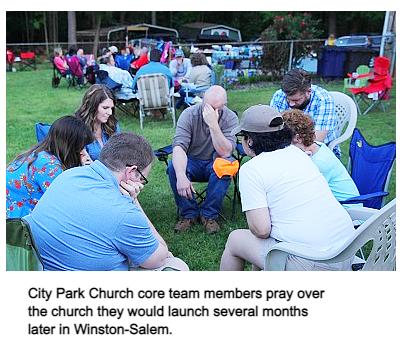 “I remember sitting in one of my training classes which went through all the prayers of the Book of Acts and, like a lot of us can do, found myself thinking ‘why are we doing this?’ and of prayer as something that is additional instead of foundational.

“God used that to remind me that everything He does begins with prayer so we purposefully made that the basis for all aspects of our ministry, from worship to our prayer walks in the neighborhood to community groups, leadership meetings, and all other gatherings.”

Pegram believes the focus on prayer is why the church didn’t lose members during COVID, or experience a decline in attendance like some churches. He said City Park actually added five new families and now averages around 70 each Sunday. The church also saw giving increase 20% over its budget.

The Monday after “Destination Dig,” Pegram said one of the children who attended accepted Jesus Christ as Savior.

“We haven’t spent a dime on advertising but have instead simply prayed for God to show us what He’s already doing so we could get on board with and be a part of that,” Pegram said. 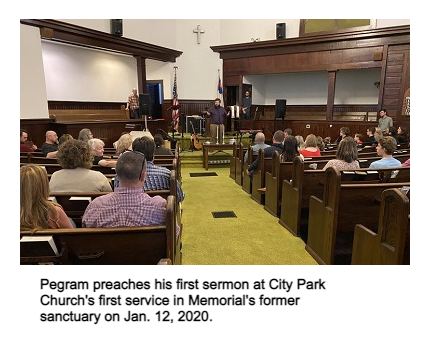 “One of the things I’m most proud of is the spiritual maturity of our members who have stepped up to lead five community groups, children’s, women’s and men’s ministries, and support or monthly ‘For the City’ community outreaches. (Children collected an overflowing wheelbarrow-full of school supplies for Latham-Diggs Elementary School for the ‘Destination Dig’ VBS) and to tell others about us and invite them to be a part of what God is doing here.

“That we’re still sustained and still growing is because of God’s power through prayer and committed people,” Pegram added. “I know of at least three guys planting churches that already have closed their doors or have not even started yet.

“I think the only reason we’re still here is we prayed and asked the Lord to show us the way, and we just followed Him,” he said. “We’re incredibly grateful to Triad for the amazing church members, financial blessings, prayers, texts and other support and continue to believe the best way we can honor those investments is to be true to our mission — representing Christ well and making Him known in Winston-Salem.”

How can you continue to support City Park?

Check out its Facebook page and other social media and post notes of encouragement, send cards, volunteer, and pray for the church’s members and leaders, mission, and community. Pegram said members can also contact him via email at pastortoby@cityparkchurchws.com.