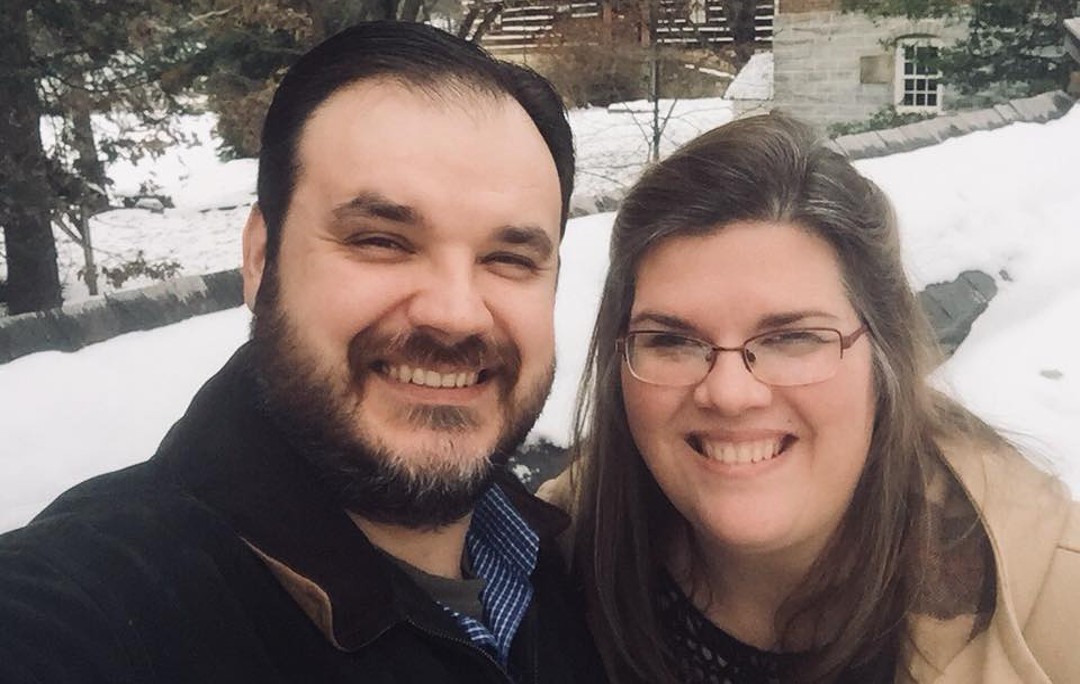 A new book seeks to use the power of faith stories to glorify God and encourage member David Grochowski as he faces one of his life’s biggest tests.

Titled, “My Salvation Testimony: A Compilation of Personal Accounts of God’s Grace,” the book features the testimonies of six members of Triad’s staff (including all five pastors) and 27 other members.

Former pastor and retired U.S Army Chaplain (Colonel) Allen Ferry created and edited the collection to point lives toward Christ through the salvation stories while, at the same time, helping Grochowski and his wife, Amy, with medical and other related expenses.

Until stricken in 2021 with nasopharyngeal cancer—a rare type of cancer that affects the part of the throat connecting the back of the nose to the pharynx, or back of the mouth—Grochowski had served as program director at the Winston-Salem Rescue Mission.

He’s been unable to return to the Mission for more than a year.

‘ We hoped and prayed it was not cancer’

“In July 2021, I went to the doctor because my inner ear had filled with fluid,” Grochowski said. “His exam revealed a massive tumor in my sinuses.”

Suspecting cancer, the doctor immediately performed a biopsy and then another after the results of the first tests weren’t conclusive.

“During the weeks it took to get the results, we hoped and prayed it was not cancer,” Grochowski said. “It was.”

Scans came next and revealed the worst: the cancer had spread to the liver and hip bone. 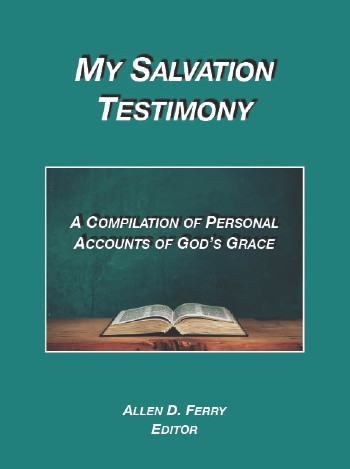 “I’d been referred to a radiologist, but it was so bad she couldn’t help me,” Grochowski recalled. “She said, ‘I am referring you to chemotherapy. The rest is up to God.’ ”

Ferry traces the origin of the new book to May 29, 2022, when he subbed as a teacher for Grochowski in his Colossians 1:10 Adult Sunday School class at Triad.

When he shared the story of how he’d accepted Christ as Savior at Bethany Baptist Camp and bought the Scofield Reference edition recommended as his first Bible, three class members—Donald Culbertson, Allen Angell and Ronn Dunn—told him they’d done likewise after they were saved.

“The idea seed for this book of salvation testimonies was the influence of those first Bibles,” Ferry said. “The four of us met June 18 to plan the project, and it went from there.”

To solicit testimonies for the book, Worship Director Scott Compton and Ferry sent messages to classes through Realm and Culbertson visited Adult Sunday School classes to make a personal appeal.

The power of testimonies

Vita Alligood was among those who responded. She and her husband, Brian, have attended the Passion Sunday School class of Alan Comer since the summer of 2021.

In addition to the practical aspects of helping the Grochowskis, Alligood believes in the power of testimonies to overcome evil and grow God’s kingdom.

Citing scriptures like Psalm 107:2 (“Let the redeemed of the Lord tell their story”), she said, “I am supportive of any opportunity for people to share their testimonies because they give others hope.

“Every time I share my testimony, I am giving people hope that there is no impossible with God. The more we share our testimonies as a body of Christ, the more hope we give to a hurting world around us. So I think this idea of putting this book together is fabulous!”

Ferry edited the submissions by Alligood and the other contributors and created the book through Amazon Kindle Direct Publishing. It’s the same method he’s used to publish six of his own works and several other books for authors he’s introduced to the service.

The project is off to a good start, he said, raising $700 in its first week. Donations of $10 or more are suggested for each copy. Look for the books Sunday and contribute your own donations at the Welcome Center outside Triad’s main Worship Center or the Kids Street Children’s Ministries Worship Center entrance.

“I ordered 150 books for the initial run,” Ferry said, “and 70 were delivered last week and the other 80 are coming this week. If we run out, we will take orders and books will be available in two weeks.”

Grochowski appreciates the heart behind the book project, and the prayers and other support received from Triad during his cancer journey.

“I’m humbled by the way so many folks, especially my Sunday School class, have used their varying gifts and abilities to bless and serve my family through this tremendous challenge,” he said. “I can’t think of a more honorable way to be thought of than through the sharing of God’s salvation.

“I am improving,” he said, “slower than I would like but thankful for the progress.”

"This is Christ" Christmas Event