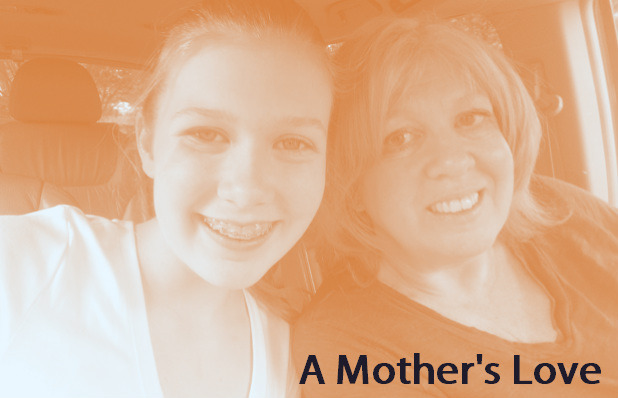 It began Feb. 27 with a headache and fever — the symptoms moms have seen so often by the teen-age years that they rarely alarm.

Mary Avant wasn’t too concerned at first. After all, daughter Ashley’s diagnosed respiratory virus seemed to improve and respond to treatment.

But eight days later, the fever returned with nausea and Ashley’s condition worsened so much that she was admitted to Brenner Children’s Hospital March 10 at Wake Forest Baptist Health.

She spiraled further downhill even after arrival — becoming more and more unresponsive — as three teams of doctors struggled to uncover the illness that was clearly much worse, and much more, than the meningitis they had thought was sickening Ashley.

“She had to go through several spinal taps, MRIs, and a blood test,” Mary said about Ashley, who recently turned 14. “She had wires glued to her head. The signals her brain was sending to the rest of her body indicated something was going haywire. The doctors were checking everything.”

And Pastor Rob Decker, Middle School Student Pastor Toby Pegram, and the leaders and other youth and parents from The Crossing Middle School Ministry, were praying with Mary, her husband, Billy, and other family and friends.

Then, on March 16, it happened: Doctors fingered mycoplasma pneumonia encephalitis as the culprit and Ashley wiggled in her sleep — the first sign of movement in days.

The disease is an infection of the spinal fluid surrounding the brain that, in one study of 58 cases in children ages 2 to 17 years old, caused 5 deaths and brain injuries to 20 (the rest experienced full recoveries). The mycoplasma bacteria at the heart of the problem normally causes pneumonia or respiratory issues but, in rare instances, can attack the central nervous system as it did in Ashley’s case.

“She was so sick and the doctors wanted to help her, but they didn’t know how,” Mary said. “It was God and the prayer that healed Ashley. This experience has definitely strengthened my faith and belief in prayer.”

Within a day, Ashley had recovered enough to be moved to another unit and, in a few more days, entered the Sticht Center for rehabilitation. She spent the next two weeks working with occupational, speech, and physical therapists.

“She went through big changes there on a daily basis,” Mary said. “When she first got there she wasn’t able to even sit up by herself or say more than a couple of words. But, by the time we came home April 4, she was climbing steps and doing her normal schoolwork.

“She continued to see outpatient therapist for a few more weeks but has now been released from all of them, and has made a remarkable recovery.”

Ashley is back at Kernersville Middle School, playing the cello again in the school’s orchestra (she made All-County Honors Orchestra this year) and is dancing again with her competitive dance team.

While she remembers little about her illness and most of her time in the hospital, Ashley doesn’t hesitate when asked if the experience made this year’s Mother’s Day celebration different than years past.

“I always knew my mom loved me more than anything but hearing about what she did for me during my sickness really confirmed it,” she said. “She paid close attention to everything the doctors said and did little things like leaving one night to get clothes for me. This whole ordeal also showed that she would do anything for me. I don’t know what I would have done without her to cheer me on, and help bring me back to health.”

Mary said this Mother’s Day was different for her and Billy, too. About seven years ago, they followed Ashley to Triad after two friends and members recommended Kid Street Children’s Ministry and the teaching of its children’s pastor, Tim Gerber, to them for Ashley.

“Billy and I have both lost our mothers just this year,” Mary said. “So it was sad to not have our moms with us on Mother’s Day, but I felt especially blessed this year to be Ashley’s mom. I was older when I had Ashley and I have always felt very grateful to be her mother.

“She’s a great child and makes me proud daily. The way she has handled everything that she has had to overcome amazes me.”

As for her own faith journey through crisis, Mary said God has taught her one primary lesson: We serve an unchanging God who rules our changing world.

“He has taught me not to take anything for granted,” Mary said of the medical ordeal she and Ashley experienced together. “We never know what tomorrow could hold, but I know God will see us through it all. With faith and prayer, we can overcome anything.

“God has a plan and there was a reason we all had to go through this. It will be exciting to see how God uses it in Ashley’s life, and in ours.”