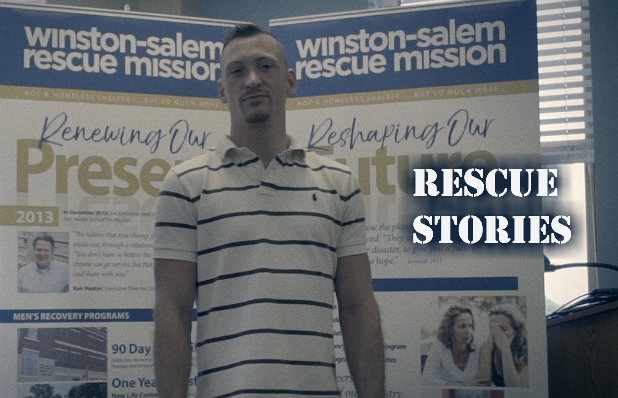 The end of Phillip Eisenman’s favorite Bible verse describes the life that nearly killed him.

“So do not worry about tomorrow; for tomorrow will take care of itself,” the Apostle Matthew writes. “Each day has enough trouble of its own.”

For nearly a decade, Eisenman found trouble often from a cascade of bad choices — including of friends like the one that encouraged him to smoke marijuana at school in the bathroom as a 10th grader.

Down he spiraled into a world ruled by profanity, disrespect, drugs, rap music, and a ‘who cares’ mentality so nihilist that, at one party in the 11th grade, he saw a partygoer shoot himself in the head and die before his drug-dazed eyes.

Two children out of wedlock would come. He somehow survived a head-on collision that killed another teen, and once spent 150 days in the Lexington County Jail.

In and out of treatment centers he went, his life and company so low that a former girlfriend’s friends settled a score by breaking one of his arms — and then the same people who bailed him out of jail stole the medicine prescribed to treat the pain from the break.

That’s when Eisenman finally cried, ‘Enough!” and his mother, Triad Baptist Church member Sherri Harvey, again responded in love like she’d done so many times before. But this time she could tell something was different when she answered yet another SOS call.

“Phillip calls me and says he’s done,” Harvey said. “He’s done with this lifestyle, he’s tired of the people he associates with, and he’s ready to make a change.”

“It was a terrible life with the worst of the worst and I told her, ‘I am done,’ ” Eisenman remembered telling his mom. “I need you to take me to this place.”

Reading off a brochure he’d been given in jail, Eisenman’s desired destination was the Winston-Salem Rescue Mission. While the director on the old brochure — Triad member Dan Parsons — had long since retired, the man who answered the knock on the door — case manager and teacher Kim Wolverton — took Eisenman in on May 1, 2017.

Eisenman, who will graduate from the Mission’s Transformers program in October, said he’ll never will forget the time he and Harvey had alone before he started his new life in Christ.

The moment was the bookend to the night she’d prayed with her 9-year-old son as he accepted Christ as Savior at his bedside. It answered the prayers she’d poured out with tears so many nights when she didn’t know where Phillip was, or if he was alive or dead.

“We held hands and I poured my heart out to God, knowing this was His will all along,” said Sherri, who now worships God together with Phillip at Triad Baptist. “Since then, Phillip has made the biggest transformation of his whole life.

“The Winston-Salem Rescue Mission welcomed him with open arms, no judgments, and only Christ-like love,” she said. “I’ve always contributed to this organization, donating furniture, clothes and basic household items, but never in my wildest dreams did I fathom the impact they could have on a young man’s life — and not just anyone but my very own son.

“He has been transformed into a walking testimony of his belief, and has grown and matured in a way that can only be attributed to Christ.”

The only music Eisenman now listens to glorifies and praises God. Gone too is the gutter language, the lack of respect for others, the alcohol and drugs, and the violent video games and movies. If he watches TV at all, it’s romantic comedies, and he’s regularly reading his Bible, and sharing his story with others.

“I don’t have any desire to go back,” said Eisenman whose very hands spell out the way back from his personal hell. Placed together palm down, the fingers of his hands read: “Live 4 God.”

Children he once ignored now know he’s their dad and how God is changing him, and when Eisenman does his job at the mission — picking up items people donate — he does it with a sincerity and earnestness and joy that can’t be missed.

He’s now telling others what he once refused to believe himself: That there’s no place and person God’s love cannot reach. No one is too far gone for God, whose power can change anyone and anything.

“Now that I have a testimony, I can share with someone about the troubles of life and how God can save even a wretch like me,” Eisenman said. “I’m thankful and blessed now that I went through those trials in my life because I’m able to reach out and look at my life and say, ‘Stories? Let me tell you where I have been.’ ”

He still marvels at how God has changed him and is reminded often about what comes before his favorite verse in Matthew: God’s reminder that He who provides for even the smallest creatures will likewise provide for those who ‘Seek first the kingdom of God and His righteousness’ and trust God with their lives.

“I’ve got to live one day at a time in His will and not be overwhelmed thinking about things way down the road,” Eisenman said. “A year and a half is a long time but I know my time here at the Winston-Salem Rescue Mission will pay off in the long run. I don’t know where I’d be without it, and the people God has put here to love and lead me.”