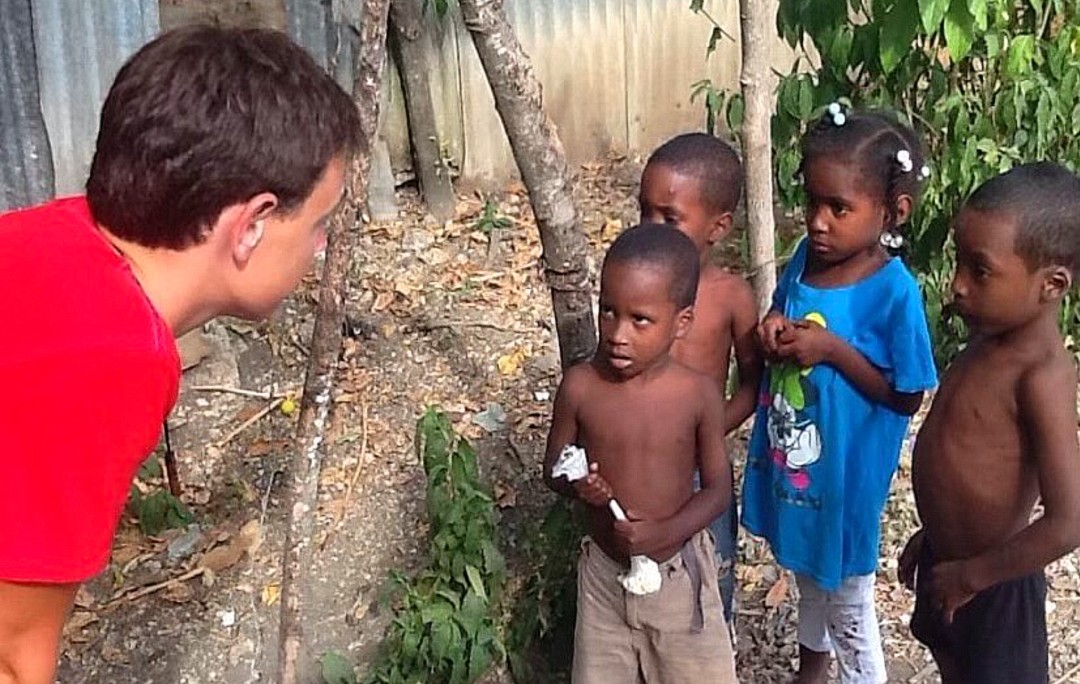 Devan Hailey stood in the impromptu baptismal a Raleigh, North Carolina church set up in its parking lot, when Matt Johnson, one of the pastors, asked him two questions: 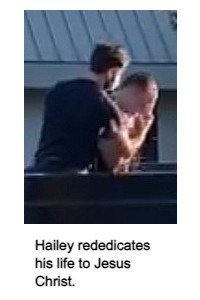 Hailey, 24, said a resounding “yes” to both and Johnson plunged him down and up from the water, much as Tim Gerber, executive pastor for children and ministries, had done at Triad Baptist 16 years ago after Hailey accepted Christ in his office.

The latest step in that faith journey is a move to the Dominican Republic this spring where Hailey will tap Triad’s faith lessons and environmental engineering skills from N.C. State University to help Water@Work Ministry bring clean water and the good news of Jesus Christ to more than a million people.

He’ll serve as the fifth member of a team seeking to expand upon the ministry’s network of eight water treatment plants serving the country’s poorest areas. (Want to help? Support Hailey’s service in the Dominican Republic through the Water@Work website).

“I had been baptized before but the rebaptism at the Summit Church’s Brier Creek campus last November marked my giving my life back to God,” Hailey said.

“I had some bad choices in college and had been asking myself, ‘Do I want to continue going down this road with temporary happiness and no true satisfaction in the Lord?’ and the answer was, ‘No.’ ”

Making the transition from a small Christian school to a state university, Hailey said he plugged into campus ministry but only halfway, studying the Bible with one group and hanging out socially with another. 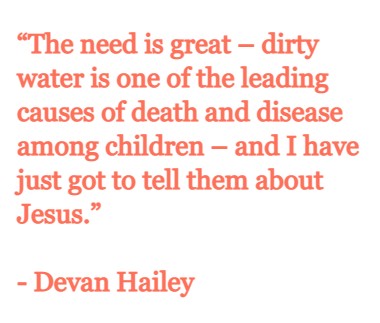 “That can pull you in a bad direction,” he said. “I’d encourage anyone going off to college to get plugged into a good campus ministry and also make those same people who share your faith your core friends to help keep you accountable to God and on track.

“You’ve also got to learn to keep balance yourself and be disciplined as a Christian and keep yourself connected to God because if you don’t no one else will.”

During the highs and lows of his college days, Hailey credits parents Ron and Michelle Hailey with loving him unconditionally and regularly and unapologetically speaking Biblical truth into his life.

“My mom and I in particular always talked or texted every other day,” Hailey said. “The way my mom showed me love no matter what helped solidify my faith and although it annoyed me at times, I saw that no matter what I did she stuck by my side. It was the same with my dad. They prayed for the best for me, and I know this position in the Dominican Republic is the result.” 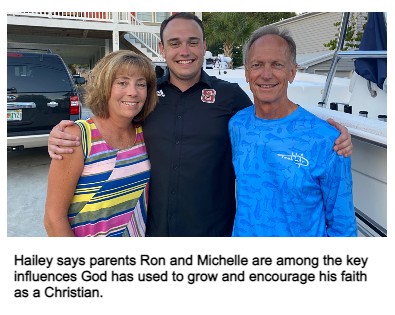 With his ministry to the Dominican Republic, Hailey joins a growing group of Triad Baptist members-turned-missionaries but is the first to turn science into service.

The funny thing about that, Hailey said, is how God made it happen. He thought he chose N.C. State because of his math and science strengths and an engineering major as a logical use of those skills.

When time came to pick among the engineering specialties, environmental engineering seemed a good choice but Hailey wasn’t thinking about water treatment or ministry.

And yet, he now realizes, God was in every choice and detail.

In fact, He’d already shown Hailey a Water@Work water treatment plant in the Dominican Republic and introduced him to his future home.

That happened in the summer of 2014 on Hailey’s first trip outside the U.S. — a short-term mission trip to the Dominican Republic with the Radiate high school youth ministry then led by Youth Pastor Jared Hoots. 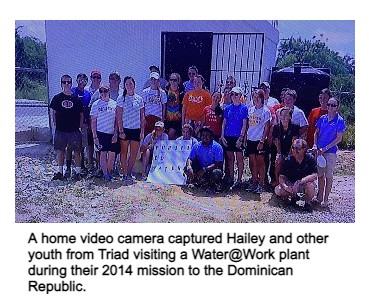 “We met at one of the water treatment plants on a church property and learned about the ministry,” Hailey recalled. “They told us about it, and we played games with kids that lived in the neighborhood.

“The plants are on a church property and when people come to get the water, the pastor and team meet them and start to build relationships. They’ll invite them to church services and outreach programs, and many have come to Christ that way.”

At N.C. State, Hailey got reconnected with the ministry of Water@Work in the summer of 2018. He needed an internship for his major and ministry officials obliged with a 12-day stay that planted another seed of an emerging calling.

In January 2018, he felt God specifically calling him to Christian service at a Passion conference in Atlanta, Georgia.

Hailey is currently working for an environmental engineering firm in Cary but his boss knows he’ll be leaving for good not long after his last travel document arrives. That was supposed to be April 10 but now looks more like May due to pandemic-related delays. 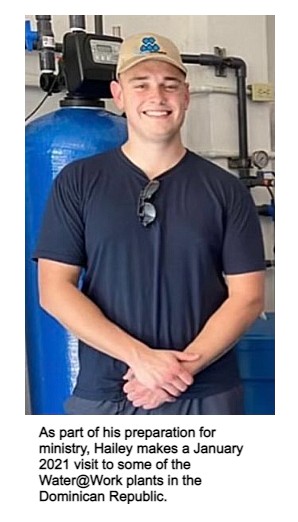 “I’m a people person and have an intermediate knowledge now of Spanish but want to be fluent in six months because that is going to be key in getting to know the people and establishing relationships,” he said.

“I want to get super involved in being a servant and helping any way I can so the ministry can reach more people.”

Like the commitment he made before his parents and other supporters at his rededication to Jesus Christ, Hailey said he’s all in with this new direction in his life, and there’s no turning back. His initial commitment to Water@Work is two years but he’s prepared to live in the Dominican Republic for the rest of his life if that’s what God desires.

“The need is great – dirty water is one of the leading causes of death and disease among children – and I have just got to tell them about Jesus and share truths of the faith I first learned at Triad from Pastor Rob and was reconnected to again by Summit Pastor J.D. Greear,” Hailey said.

“The message of Water@Work is dirty to clean (drinking water) to living (spiritual) water. “I’ll live and serve in the Dominican Republic as long as the Lord wants me to. I know it’s where He wants me to go.”